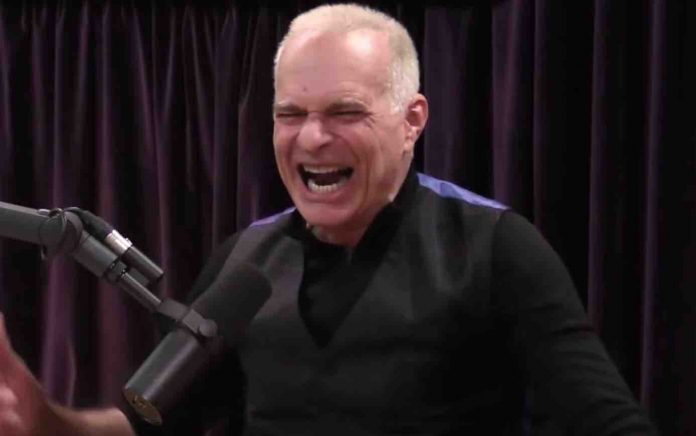 David Lee Roth was recently in a seven-minute video on his YouTube channel, where discussed how he was involved in the creation of the red-white-and-black-striped pattern Eddie Van Halen that made famous on his “Frankenstein” guitar — and for which the legendary Van Halen guitarist has held the copyright since 2001.

He also went on to speak about phone calls he makes to Alex Van Halen and cherish the old moments when the pattern was created. As transcribed by Alternative Nation:

Describing his creative role within Van Halen, he continued: “I wrote those songs, structured those songs. I designed the backgrounds on the stage. I came up with the album covers. I thought of the stripes on the guitar. I’m the one who said, ‘Call it Van Halen.'”

Back in 2009, Eddie Van Halen filed a lawsuit against Nike in Los Angeles Friday, alleging the company used the trademarked striped design from his guitar on their line of “Dunk Lows” tennis shoes.