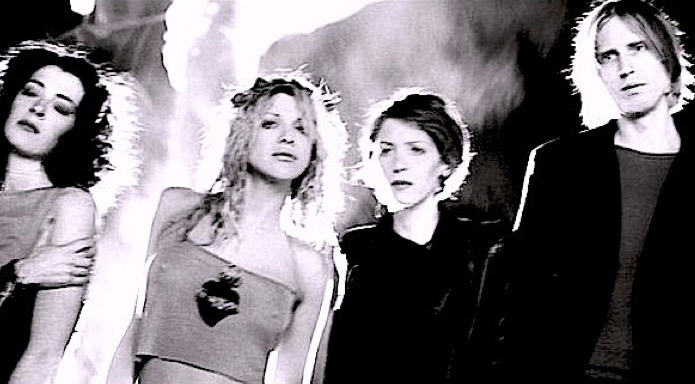 She told Vogue, “No. Absolutely not. And you guys have gotta get over it. Our old manager Peter Mensch calls once a year to ask about a reunion: ‘Hey, just doing my thing I do every year with you and Jimmy Page [of Led Zeppelin].’ And I’m so honored to be in that company, but it’s just not gonna happen.”

She added, “We’re all really good friends and Melissa [Auf Der Maur, bass] and I are especially close — we talk every day. But Eric [Erlandson, guitar] is kinda off the grid right now — I think he’s in Japan literally becoming a monk. I’m not even kidding. Melissa, Patty [Schemel, drums], and I think he’s become a monk or something on that level of aestheticism.”

“It’s just such a charming, rollicking little song,” she said. “I’m a fourth-generation Californian, and every time I hear it, it reminds me of places like Will Rogers State Park and the Great Bluffs above Salinas. I’m a California girl and I will never not be a California girl, so there’s so much in that song for me.”