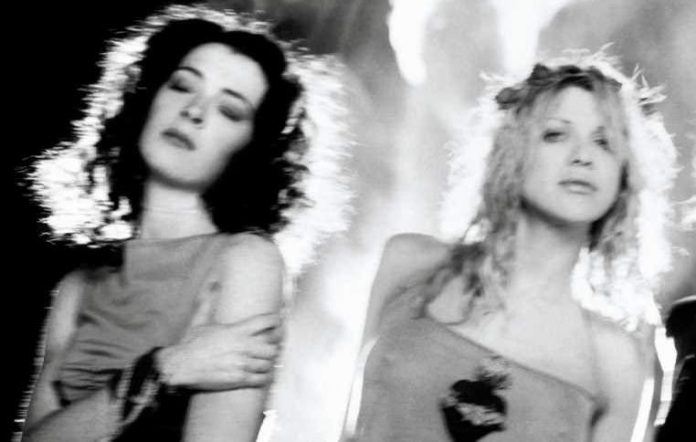 Former Hole bandmates Courtney Love and Melissa auf der Maur will both appear at a show celebrating Love on October 27th in Hudson, New York. Melissa played with Courtney in Hole from 1994 to 1999 before leaving to join The Smashing Pumpkins for a year. Love and auf der Maur reunited for a one off Hole classic lineup performance in 2012.

Produced and creative directed by Love’s former Hole bandmate Melissa Auf der Maur, alongside artist Joe Mama-Nitzberg, the event will feature conversations, readings, videos and performances that will “shine a light on all of the ways that Love has influenced culture and inspired women and marginalized people.”

“Courtney’s legacy is vital to the voice of women in our culture. The passion she brings to her life and art fuels and inspires the long fought battle for the empowerment of alternative voices as they take center stage at last!,” Auf der Maur, who is also Basilica Hudson’s cofounder and director, said in a statement.

“As the founder and frontwoman of the band Hole, and through her escapades as a Hollywood actress and all-around empowered voice for over three decades, Courtney broke new ground, combining lyrics of intellectual and intellectual acuity with music of a singular power to create a body of work with riveting emotional intensity.”