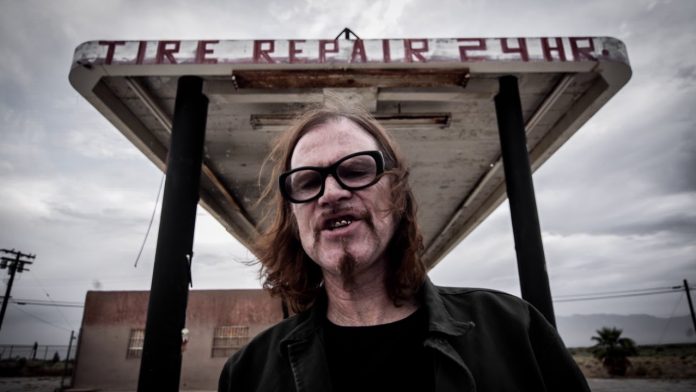 Courtney Love has claimed that Mark Lanegan died from the ‘long’ version of the virus that has caused the pandemic. This has not been confirmed by the family or medical examiners. Courtney Love just attacked Anthony Kiedis.

“In any event “the winding sheet” & the stunning “whiskey for the Holy Ghost“ we’re my brilliant soundtracks for all of awful 1994, I always thought you were a man of great honor & underrated. I’d have done anything for you & I did. I co-signed your mortgage. I put you in sober living for a year. I paid for 3 rehabs. & of course, I never wanted or needed any public acknowledgment or thanks for it. And. I didn’t get it either! Lol. I heard you had a long [virus] bad death & I’m so sorry. Rest in power. I’d like to think you’d have come around & made up for your appalling rendition of me in your tome mark, wherever you are. Dropping the rocks.”

Screaming Trees wrote about Lanegan’s death, “Mark William Lanegan passed away today, 2.22.2022, at his home in Killarney, Ireland. He was our true brother and we all truly loved him.

In this city built on broken glass

And the carcasses of a million dead sheep

Where the blood runs thick down the third street

Down the gutter to the railroad station

And takes a train

Up, over these big mountains to the sea

That’s where you gotta be

You gotta go to the sea

As we say goodbye to Mark, a member of our family, remember he still lives with us all in his music.

As the rock world mourns the passing of the late, great, Mark Lanegan – the incomparable Nick Cave penned his emotional tribute via his Red Hand Files site. Credit to the outlet for the below.

“I encountered Mark many times over the years — we engaged in some extremely dubious escapades back in the ’90s; he sang ‘White Light/White Heat’ and ‘Fire and Brimstone with Warren [Ellis] and me on the Lawless soundtrack; he recorded my favorite ever Nick Cave cover — an astonishing version of ‘Brompton Oratory’; we did something together for the Jeffrey Lee Pierce record, I think; and he toured and hung out with us on The Bad Seeds’ 2013 Australian tour,” Cave wrote. “Go online and watch Mark sing Blixa’s ‘father’ part with me in ‘The Weeping Song’ on that tour.”

Cave would continue to add how much he loved and admired Lanegan as a frontman:

But watch Mark, watch how he walks onto the stage, plants himself at the mic stand, one tattooed fist halfway down the stand, the other resting on top of the mic, immobile, massive, male. When the time comes to sing, he simply opens his mouth and releases a blues, a blues lived deeply and utterly earned, and that voice tears right through you, his sheer force on stage absolutely humbling.”

Concluding Cave said: “A greatness, Mark, a greatness — a true singer, a superb writer, and beautiful soul, loved by all. Love Nick,”