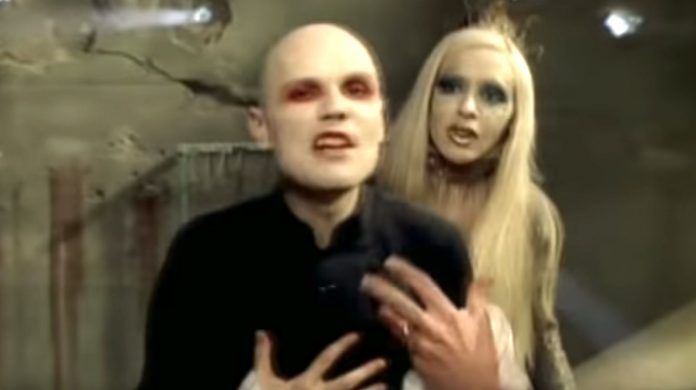 During a recent interview with Pitchfork, which spanned many musicians and acts, The Smashing Pumpkins discussed their involvement and controversial set at the 1999 Tibetan Freedom Concert in San Francisco’s Golden Gate Park. The multi-day concert, which was organized by The Beastie Boys was meant to support Tibetian Independence. However, former bassist for the group, D’arcy Wretzky recounted the event and The Smashing Pumpkins’ set being quite jumbled and messy due the Billy Corgan wanting to do something ‘unique’ and thus having the set become a massive jam-rock-style band session. It should be noted that this is D’arcy’s first quote to the media since talking to Alternative Nation in 2019 about Noel Gallagher criticizing her. She would state the following in the interview.

Goldberg: At the time the Smashing Pumpkins were seen as an important band.

D’arcy Wretzky, Smashing Pumpkins bassist: It was depressing because Billy wanted to do something unique and he decided to make it one big fucking terrible jam. It was f**king embarrassing. I felt so bad for the fans. It was like one fucking song. It wasn’t a song. It was terrible. I’ve walked off stage before, but this was supposed to be for a good cause.

Over on The Smashing Pumpkins fan message board Netphoria, multiple members would discuss the interview. Houseofglass11 would discuss claims of exaggeration by stating:

“I’m not seeing what’s exaggerated. She said they played a 20-minute jam and she didn’t think it was good or that it was the right place to do that. They did in fact play a 20-minute jam. Whether you think it’s good or not it’s strictly a matter of opinion. The crowd looks bored during it. There are some interesting parts, but from what I could see far too long was spent on sparse spacey guitar bits and Billy repeating a lyric ad nauseam.”

Another member by the name of Paranoid would state: “she says nothing about 20 minutes. she implies they did one song (or maybe it’s the way it was typed up), and it was decided by Billy to make their set one big jam. it was like, one f**king song. it wasn’t a song..the song was a longer version of silverf**k.. and they played four other songs, three of them singles. She sounds like she’s on another planet from what they actually did that day.