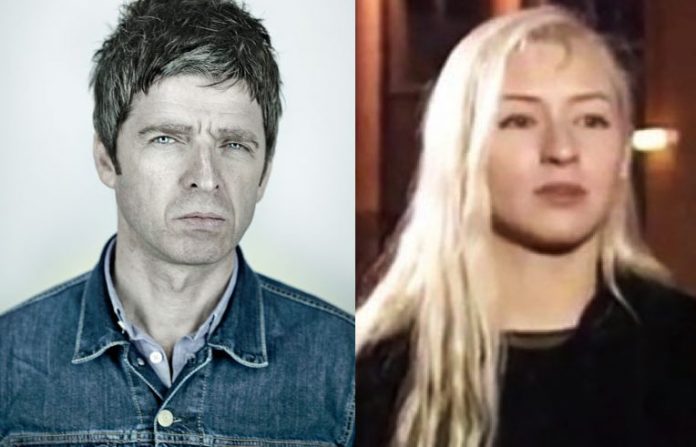 Former Smashing Pumpkins bassist D’arcy Wretzky has reacted to former Oasis guitarist Noel Gallagher taking a shot at her a couple of weeks ago in a new exclusive statement to Alternative Nation. These are D’arcy’s first public comments of 2019.

D’arcy told Alternative Nation, “It made me sad. We met and had a really good time. I thought we were friends.”

Gallagher said a couple of weeks ago that he’s happy that D’arcy isn’t a part of the current Pumpkins lineup on tour, as Gallagher’s High Flying Birds are currently opening for them on the road. “Let’s put it this way. If she was a guy, she would have got fucking kicked in the bollocks.”

Billy Corgan recently said he wants to tour with Alice In Chains. In other Oasis news, Noel Gallagher said he’s ready for a musical. “The musical! People have been on to me about that for the last 10 years,” Gallagher told The Sun. “Funnily enough Live Forever is always the title.”

Gallagher added that he has spoken to an “English guy who works on Broadway who knows about these things.”

That conversation, Gallagher explained, involved the man describing potential plot line as “Your journey from rags to riches’.

“And I was like, ‘Do you have to make it so Dickensian? I never wore any rags’.”

Gallagher also said, “People do love that s—, I know. It’s inevitable it will happen one day. I will go and see it once.”

Liam Gallagher responded on Twitter, “Oasis the musical 5 lads from Manchester start a band and take on the world the little 1 who writes the songs turns into a massive cunt sacks everyone except his little brother as he ain’t got the arse splits up the band there’s a story line for ya THE END LG x.”