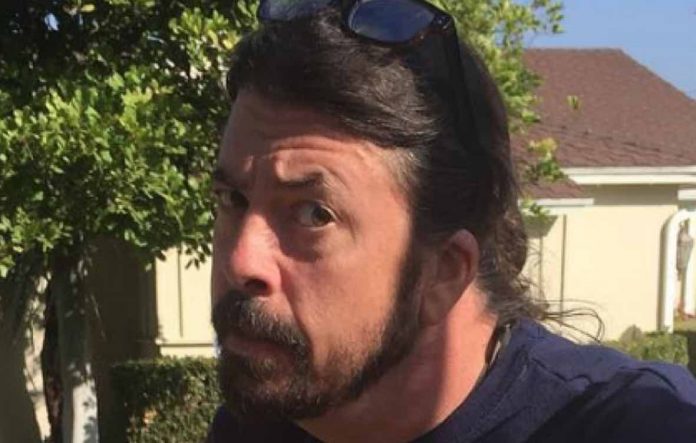 Alan Leach told an embarrassing story on the Shed Seven Instagram page about KISS singer/guitarist Paul Stanley and Foo Fighters frontman Dave Grohl. Leach revealed how Stanley took a photo of himself and Grohl, and how Leach initially feared Grohl had rejected a request he made, until he later saw the photo. Dave Grohl recently revealed a heartbreaking Tom Petty secret. Below is Alan’s story:

Alan here. Hope you’re all getting into these takeovers.

Kicking off my turn with when we were playing on the main stage of a festival around teatime and I spotted Dave Grohl at the side of the stage watching us perform. I remember thinking “of all the sissy, lame-ass, mid-paced, pedestrian drum beats to be playing, he comes up to watch during On-Standby.” Why couldn’t it have been ‘Where Have you been tonight’ or ‘Dolphin’ where I’m giving it some?

After the gig, I didn’t have my camera with me, but the legend Paul Stanley did, when we spotted Dave standing in his dressing room door. We chatted for a couple of minutes and I managed to convince him that if he’d hung about a while longer, he’d have witnessed some manly as fuck drumming up there.

I asked for a picture, which he was more than happy to oblige. However, I took it one further and asked him to pull that funny face that he’d done in his recent music video in the drive-in scene. While I stared into the camera, his tone seemed to change and he said, “hey man, I don’t do requests.” I felt bad for asking and I wasn’t sure if he was being serious or not, or whether it had genuinely soured the moment. We thanked him and legged it back to our portakabin. Relaying the story to the rest of the band that he’d been great but seemingly may have gone a bit ‘diva’ when I’d asked him to “do the face”.
.
Anyway, (as you can see from the picture), when we got it developed the next week, he’d only gone and done the face!!!

I never doubted him for a minute.

Total legend. I’m just slightly annoyed because if I’d known he was doing the face, then I could have done it too as I’m totally immense at doing that face.

(Oh and yes, I do look a little bit like Chris Helme in this picture).