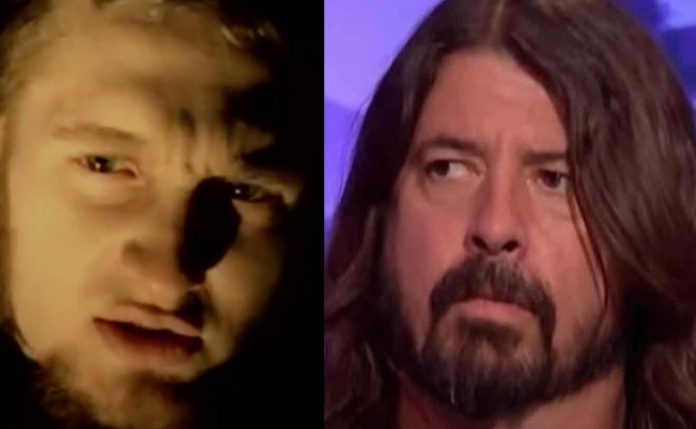 Candlebox frontman Kevin Martin was interviewed on 5 Questions With Tommy Black recently, and he discussed Foo Fighters frontman Dave Grohl and Alice In Chains showing up at a Pearl Jam show at The Viper Room in Los Angeles. Dave Grohl was recently spotted showing his support for a surprising teen pop sensation.

Black: How are you Kevin?

Martin: Good, I’m happy to chat with you because I miss you.

Black: I miss you too, where are you right now?

Martin: I’m in Las Vegas, I’m poolside because it’s hot and sunny and I don’t get enough tan-time and I’d like to get my tan on one of the days.

Black: *ugh* Rough. Rough life. You’re on tour obviously, where were you the last couple of shows?

Black: You still got it for sure.

Martin: I love that the twenty-fifth anniversary is coming up.

Black: Actually, I think it might be the twenty-sixth.

Martin: Oh no! Yeah, it is actually because I remember I had been to Los Angeles the year prior when we got signed, came to the Viper Room in 1993 and in 1994 I was lucky enough to see Pearl Jam play after the MTV Video Music Awards there. So that’s a history of that club that you know, many people don’t know.

Martin: I’ve been happy to say I’ve been coming there since day one.

Martin later said Dave Grohl was there along with Pat Smear and Alice In Chains. “They might of not played that year, but [were] down in the area. I remember it was a pretty full room.” Grohl was recently filmed dancing with a famous 90’s female star and doing something great for her son.