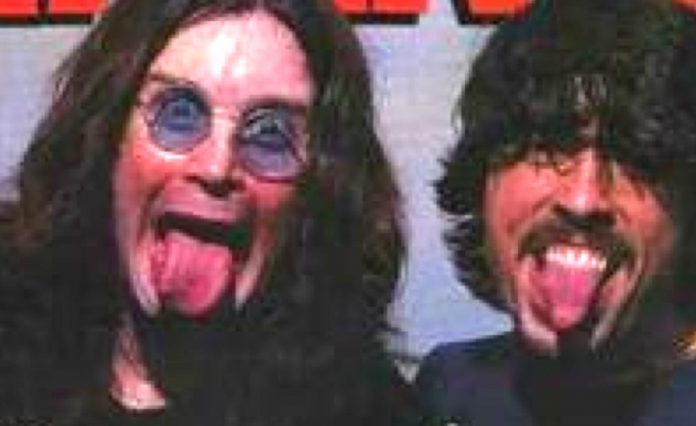 Dave Grohl, the iconic frontman of the Foo Fighters was a guest DJ on the BBC Sounds program: “Radio 2 Beatles”. Where he paid tribute to the fab four as only he could. This Dave Grohl surprising teen girlfriend was recently revealed. However, during this particular moment, The former Nirvana drummer made a statement that may offend Ozzy Osbourne and Black Sabbath fans, stating as much as he loves dark, heavy music such as Black Sabbath, there is no comparison to the what them and the classic 1969 hit, “I Want You [She’s So Heavy]” when it comes to heaviness. The song appears off of The Beatles masterclass album, Abbey Road. Dave Grohl made a crazy shaved bald head claim a few days ago. You can view Grohl’s comments below:

Dave Grohl: To be honest, one of the reasons why I picked this song was because it was my daughter’s first favorite song of The Beatles. When Violet was young, maybe six or seven years old for some reason she connected to “Hey Bulldog” more than any song from The Beatles. Of course, I’d heard it before but I’d never listened to it as deeply as I did with her. I started to notice George’s guitar, I started to notice the baseline, the drums, it’s one of my all time favorite songs from The Beatles  – now, thank you to my daughter Violet. Dave Grohl told a funny restaurant fight story a few days ago.

Grohl: Released in 1969 and from the Yellow Submarine soundtrack, that was “Hey Bulldog”. Since this is the fifth anniversary of Abbey Road I thought that I would start playing songs from that album. The one that stands out to me the most and the one that has always been my favorite from that record is called, I Want You {She’s So Heavy}.

Grohl: Now, of course, I love heavy music. I love Black Sabbath, I love Motorhead but I think nothing is as “heavier”, melodically, darker, deeper than the riff on this song. When I was a kid, there was something about it that actually made me scared. It’s a beautiful song, it’s a love song. However, the riff just seems so dark and foreboding. I learned to play it when I was young and still to this day it’s one of my favorites when I sit down with a guitar. So from Abbey Road, the song is: “I Want You [She’s So Heavy}.