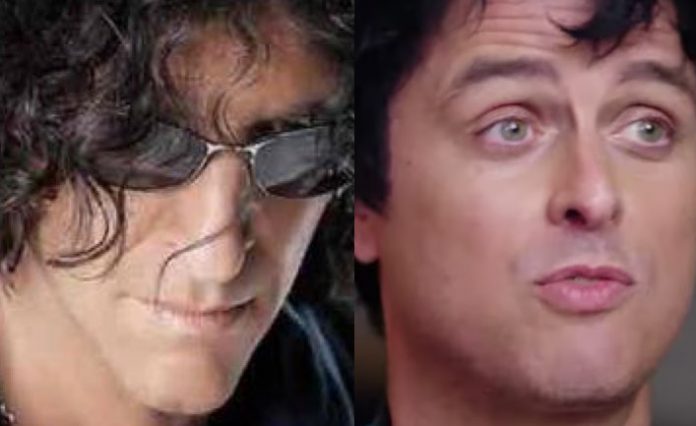 Howard Stern revealed if Green Day frontman Billie Joe Armstrong is losing his hair during an interview this week in Los Angeles. Green Day fighting at a radio performance was recently revealed.

Howard said this is a great way to end their trip. He said they’re going to perform ”American Idiot” for them. Howard had the guys go right into the song. Green Day made a stunning ‘last album’ announcement a couple of days ago.

Howard said he was thinking about how they have their hair. He said it’s so great. Howard said he thanks god that he has his hair. He said just imagine what he’d look like without hair. The guys laughed. Billie said he has a giant head himself. Billie Joe Armstrong recently revealed why his family went broke.