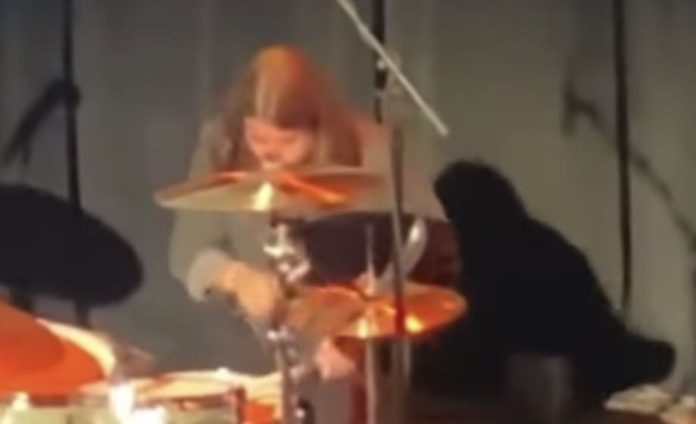 Dave Grohl performed “Smells Like Teen Spirit” by Nirvana along with the recording and Kurt Cobain’s voice at a recent The Storyteller show in New York, as seen below.

Grohl recently told The Times that Nirvana will change the Nevermind cover after a lawsuit threat by Spencer Elden.

“I have many ideas of how we should alter that cover, but we’ll see what happens. We’ll let you know. I’m sure we’ll come up with something good…

“I think that there’s much more to look forward to and much more to life than getting bogged down in those kinds of things. And, fortunately, I don’t have to do the paperwork.”

Elden’s lawyers previously said, “Today, like each year on this date, our client Spencer Elden has had to brace himself for renewed unwanted attention from the media and fans alike throughout the world. This is a choice that he has never had…

“We implore the Nirvana defendants to right the wrongs of their past, by acknowledging the harm they have perpetrated and redacting the image of Mr. Elden’s genitalia from further reproductions of ‘Nevermind’ because behind every cover is a person pleading for their privacy back.”

Spencer wants $2,500,000 from Nirvana, alleging that his “identity and legal name are forever tied to the commercial sexual exploitation he experienced as a minor which has been distributed and sold worldwide from the time he was a baby to the present day.”