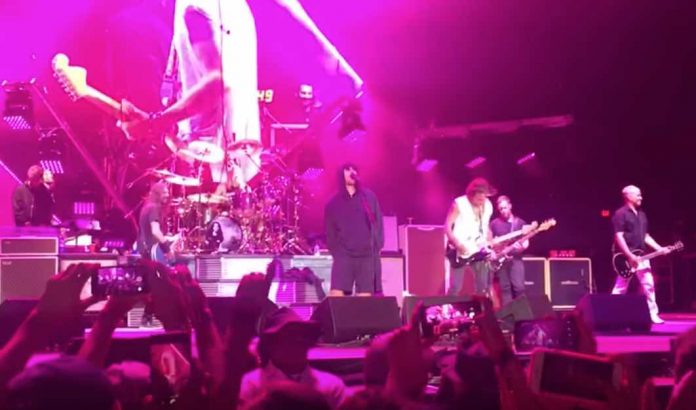 A lot of the bands from the first two Cal Jams are still active. Who would you like to have come back?

Dave Grohl: Last year we had Joe Perry from Aerosmith come up and jam with us — it was a little bit of a fiasco! We tried to do [The Beatles’] “Come Together” with Liam Gallagher. It went haywire, but it was fun. We asked Joe about his experience in ‘78 and back then bands would take helicopters to gigs (laughs), so I asked him more about the helicopter than anything else. But Heart are still f—ing amazing, they would be a great one. Everybody loves a little bit of Foreigner now and then. I don’t doubt that any one of those bands could jump up on stage in between Japandroids and Greta Van Fleet and school everyone. It could happen.

Foo Fighters’ version of the Cal Jam festival debuted in 2017, and they’ll be back in October 2018 for their second edition of the festival. Cal Jam first existed in the 1970’s.