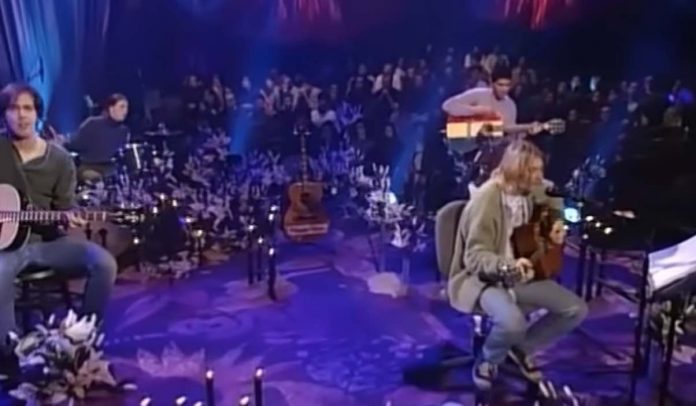 Update: Dave Grohl’s ‘worst ever’ vocal performance has been revealed.

A new The Ringer article discussed Pat Smear joining Nirvana in 1993, and how he changed the band during his time as a member from fall 1993 to April 1994.

Dave Grohl: When Pat Smear joined the band, it changed everything. We went from being fucking sulking dirtbags to kids again. It changed our world. He’s the sweetest person in the world. He became really close with Kurt. There was laughter.

Alex Coletti: I think having Pat made them feel really good.

Curt Kirkwood: I’d known Pat since we were babies. He’s a great guy. Never seen a frown on that guy’s face.

Lori Goldston: The rehearsal space was above a huge pinball machine store, and the owners had parked a Scopitone machine in Nirvana’s space, so breaks were very entertaining.

Cris Kirkwood: Bobcat Goldthwait came to some of the practices.

Pat Smear later joined Dave Grohl to form Foo Fighters in late 1994, and left in fall 1997, rejoining as a full time member in 2010 to record Wasting Light. Smear also participated in 2014 and 2018 Nirvana reunion performances. Smear, Kurt Cobain, and Hole guitarist Eric Erlandson recorded a rough version of “Do Re Mi” in March 1994, the final Kurt Cobain composition, with alternate versions being released since his death.