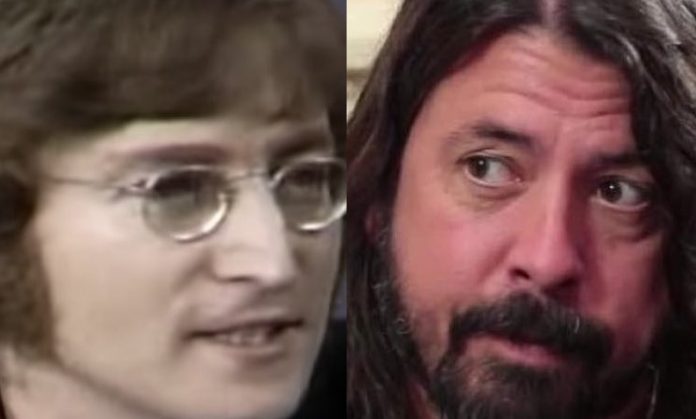 Foo Fighters frontman Dave Grohl revealed how the John Lennon song “Imagine” could bring the world together at a recent Bird and the Bee concert, before starting to sing the Van Halen classic “Jump” over it. A crazy Dave Grohl, Madonna, and Pearl Jam story was revealed a few days ago.

Alternative Nation transcribed Grohl’s remarks from the show in Los Angeles last week, which he played with Greg Kurstin, who produced Foo Fighters’ 2017 album Concrete and Gold, and is rumored to be producing the new Greta Van Fleet album.

“You might not imagine that a drummer like me would play with a band like the Bird and the Bee, but I think herein lies the message. It’s a message of togetherness and love and hope and appreciation and kindness to one another, musically and otherwise.

And so I thought it would be appropriate to throw this song in the middle of the set just so that we can all celebrate that same love and appreciation, and togetherness, with a song of hope and love, and peace.

If we all sing this song together, I think for one moment in today’s world we can feel that. It means everything, and maybe we can even make it last forever. So I invite you to join me in singing this song.” Dave Grohl joining Alice In Chains at a surprising show was revealed earlier this week.