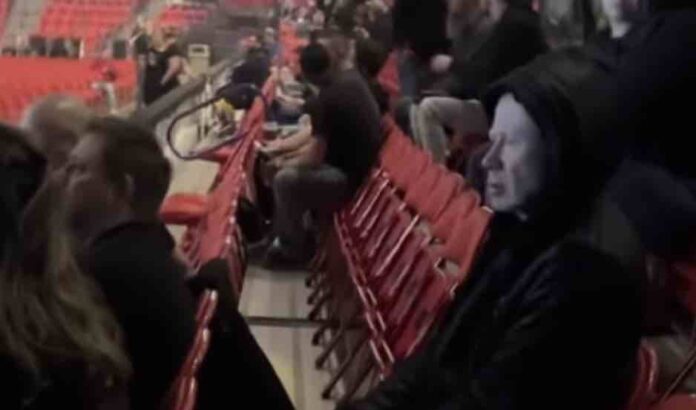 “The Metal Tour Of The Year” saw Megadeth co-headlining with Lamb of God and Dave Mustaine was spotted sneaking into the stands at an arena show disguised in a black hoodie.

The musician discreetly approached a young fan and, without speaking any words, handed him some guitar picks, before waving goodbye and walking away.

Mustaine shared some footage of the amusing scene on his Instagram with the caption “Metal is alive and well”, as reported by Loudwire.

The “Metal Tour of the Year” is back for a second time with a U.S. leg booked for the spring with co-headliners Megadeth and Lamb of God alongside special guests Trivium and In Flames. The inaugural leg was originally set for 2020, but the pandemic forced a postponement until 2021 and the run finally got underway last summer, although Hatebreed were tabbed as the opener after In Flames announced they would not be able to make it.

With the support of Trivium and In Flames, “The Metal Tour Of The Year” is running in the US until May 15, when it will wrap up with a show in Allentown, Pennsylvania. The original “Metal Tour of the Year” lineup has band together for a 23-date jaunt that began on April 9 in Las Vegas and will wrap up on May 15 in Allentown, Pennsylvania after crisscrossing the country.

The remaining dates are as follows: