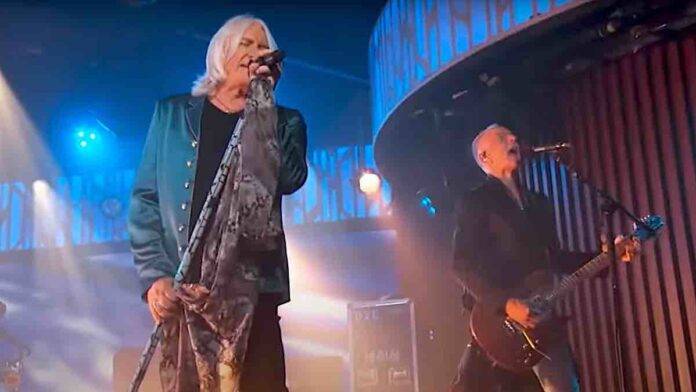 Joe Elliott opens up on performing the Beatles cover song

Elliott reflected on his attempt at performing the track during the second episode of Def Leppard’s “Behind The Stadium Tour” YouTube video series. He said: “I took it upon myself to try and play ‘I Just Saw A Face’ [sic] by The Beatles  and I completely bollocked it up. I couldn’t remember the words. I forgot the chords. I wouldn’t have passed the audition for ‘America’s Got Talent’, put it that way. But I did get the entire audience to sing ‘Happy Birthday’ to Sir Paul McCartney, which was very special. Hopefully he’ll see it on YouTube or something like that and he’ll know that we were thinking about him, because he’s a big part of our lives.”