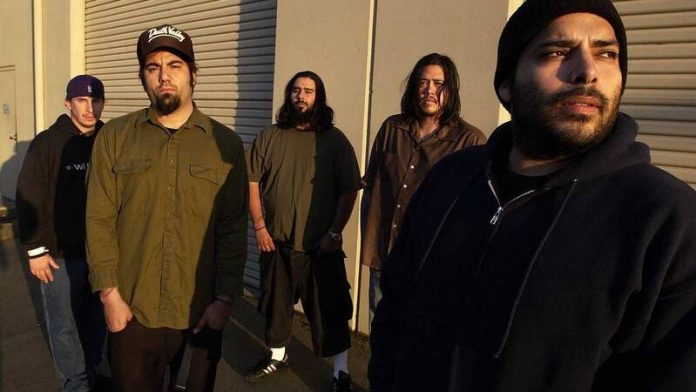 Deftones bassist Sergio Vega had started playing for the band in the year of 2009 when he replaced Chi Cheng after Cheng was involved in a car accident and eventual death. Speculations have floated around suggesting that Vega is no longer a member of Deftones.

Reports of Vega selling a lot of equipment on Reverb started the speculations and then new band photos on Ticketmaster & Spotify showing the band without Vega had caused rumors to fuel up.
It was also recently noted by WOLVERINEKILLS that the band sold VIP tickets to their Spring US tour with Gojira that included meeting the band and a photo opportunity. Now it shows the VIP package has been altered to a soundcheck performance replacing the meet n greet with the band and photo op. The concern is that neither Ticketmaster nor the band have sent out any emails or communication regarding this matter. They are also not offering refunds to the fans who purchased the package if they did not like the change.
WOLVERINEKILLS noted that a fan messaged, and it was a reply from a Ticketmaster staff. It reads as follows:
“Thank you for reaching out to us about receiving a refund for your order.
Please note that the Event Organizer is not allowing refunds at this time. You can always check your Ticketmaster account as any changes to the event, order status or options made available by the Event Organizer will be posted in your Event Details.
You may also still have the opportunity to post your ticket(s) for sale or transfer them to someone else. Any options made available by the Event Organizer will be listed in your Event Details“
Vega has appeared on four albums with Deftones: Diamond Eyes (2010), Koi No Yokan (2012), Gore (2016) and Ohms (2020).