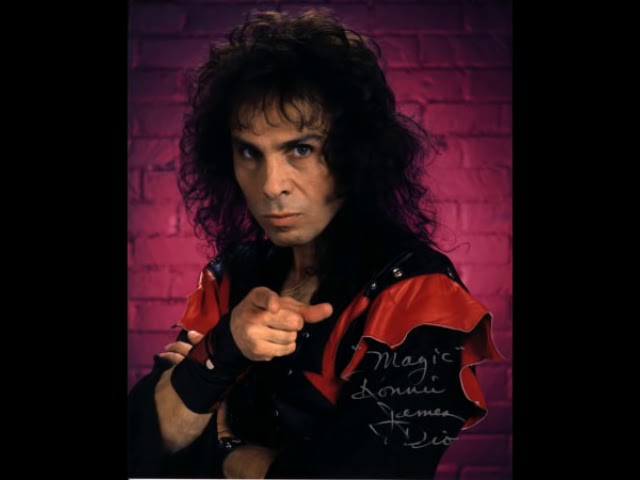 On Friday August 3rd, Dio’s Disciples invaded the Chance theater in Poughkeepsie. The venue got flooded with metal fans young and old as well as those more casual to the genre. They started the set off with the signature Dio song “Holy Diver” followed by “Stand up and Shout” and “Egypt”. The set became pretty unpredictable though when they through in the Rainbow deep cut “Tarot Woman” which was followed by the Dio hit “Last in Line”. The set would for awhile would leave solo Dio territory by playing the Rainbow classics “Catch the Rainbow,”Stargazer”, “Long live Rock and Roll” and “Man on the Silver Mountain” and the Black Sabbath songs “Falling off the edge of the World” and “Heaven and Hell”. The show would end with the encore being the Dio megahit “Rainbow in the Dark”. Before the show I was able to interview Dio Disciples drummer Simon Wright. We talked about many topics including the “Dio Returns tour” and the band’s plan to play Elf songs.

How is this tour going so far?

Its going well. it’s the five shows here and New York. Everyone has other projects otherwise it would have been a longer tour but it’s going good.

What kind of set list can we expect from tonight?

Mixture of Dio,Rainbow and Black Sabbath.Hits and a couple of deep cuts. We haven’t touched on the Elf stuff yet.

Will you ever played Elf songs?

Yes we are thinking of it. It’s alittle hard to cover because of the honky tonky piano. One day we will get to it though. Not sure if we will make it heavier or stick to the original.I’d love to cover “Carolina County Ball”. “Love is all” by Roger Glover would be fun to cover.

Is the Dio hologram coming out tonight.

No, we would need a bigger venue for it. Next year we will do a Dio Returns tour. We will play Australia,Japan,Europe,America all that stuff.