In a rare interview with KIRO Radio’s Dori Monson, Guns N’ Roses bassist Duff McKagan briefly discussed the ‘Not In This Lifetime’ tour.

When asked how the tour was going, McKagan gave the answer, “Uh, it’s been good. I’m so jetlagged right now, cause we just flew back. We did Bangkok, Dubai, so Bangkok you fly over India, the Persian gulf to Dubai, so it’s about 7 hours, then we played the gig and flew 17 hours more west to get back to the west coast, so I’m a little jetlagged.”

Monson also remember McKagan telling him he wanted to be a ‘traffic czar’ who will fix things in Seattle, and McKagan still seemed eager to take a government job to fix the problem.

“That’s correct, I even applied for whatever that position was, there was a new position to come up, whenever that was, a year and a half ago. I went through the government paperwork and applied, but I never heard back. Not even the courtesy of, ‘Thanks for applying.’ Nothing, no.”

“My thing about being in a rock band has so little to do with being a citizen of Seattle,” he said. “I remember coming down to Los Angles in 1984 and seeing the traffic down there and thinking, ‘Seattle will never be this bad.’ Now, it’s worse than LA in Seattle.”

“I’m not saying I’m more experienced or I know more, but I travel and keep my eyes open,” McKagan said. “Because Seattle has gotten so bad with traffic, I am really aware of what they do in other cities – London, New York, Sydney … traffic does flow there. I don’t see bike lanes in Sydney, clogging up the roads. And people bike there.”

He also discussed his style of biking.

“I have nothing against proper bike lanes in cool places, but they should be in cool places,” McKagan said. “Those places that have less cars. Like the route I recently took, up over Capitol Hill – side streets … Seattle traffic is not just the bikes, or the bike lanes. It’s a car city.”

He also revealed why Seattle’s system is set up the way it is.

“I know it’s probably not politically correct to say anything about the Cascade Bike Club, but you have strong lobby, and that side of politics – we all know it,” McKagan said. “And the Seattle City Council, they’re inept. As a bike rider, I just don’t get the Cascade Bike Club angle. I know they have cars, too.”

“I take the train sometimes to a Seahawks game,” he said. “It lets you off four blocks away from the stadium, and traffic cops have to block traffic to let people from the train cross those streets. It’s a real head scratcher.”

“I’ve played stadiums in Australia and Japan, where they have transportation systems, and the trains come up to the stadium,” McKagan said. “We are relying on Sound Transit putting up new stations, and it’s cool. There’s one at Husky Stadium. I sort of live near there. But am I going to walk in the rain for a mile to that train station? It’s not convenient. In New York, it’s convenient. You walk a block over and there’s the 14th Street station.” 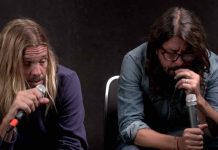 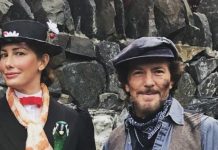