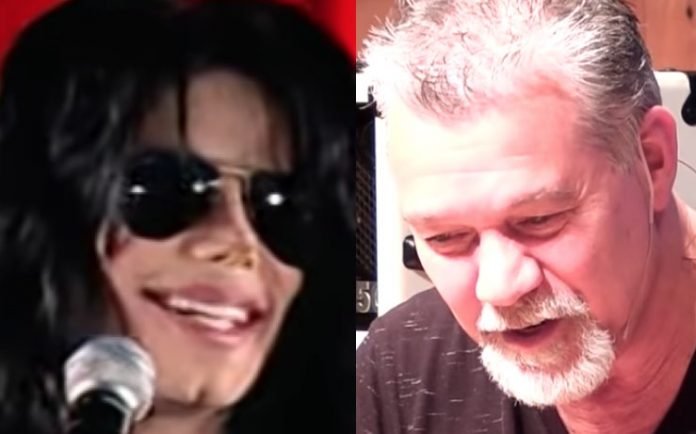 Eddie Van Halen and Michael Jackson collaborating on “Beat It” was one of the biggest rock and pop collaborations in history, and Jackson’s social media page recently shared a quote from Eddie Van Halen about Jackson. A Van Halen icon revealed how he was devastated in the hospital after shootings.

“‘He was this musical genius with this childlike innocence. He was such a professional, and such a sweetheart.’ – Eddie Van Halen on Michael Jackson. The short film for Beat It was filmed on March 9, 1983. Link in bio to watch. Photo: Eddie Van Halen joins Michael on stage in Texas.”

Michael Jackson’s family revealed a stunning Robert Plant photo last week. Jackson’s page also wrote, “Thank you to everyone that has already participated in the #HonorMJ campaign. The MJ Estate team was so touched by all of the good deeds performed in Michael’s name that they randomly selected a couple of favorites – Paula and Simona – who were surprised with an invite to Las Vegas, as guests of the Estate, for Michael’s birthday celebration at Michael Jackson ONE! Keep posting your good deeds on Twitter and Instagram with the #HonorMJ hashtag!”

A rare quote from Jackson was also shared, “I don’t care about everyday clothes. I love putting on an outfit or a costume and just looking at myself in the mirror. Baggy pants or some real funky shoes and a hat and just feeling the character of it. That’s fun to me.”