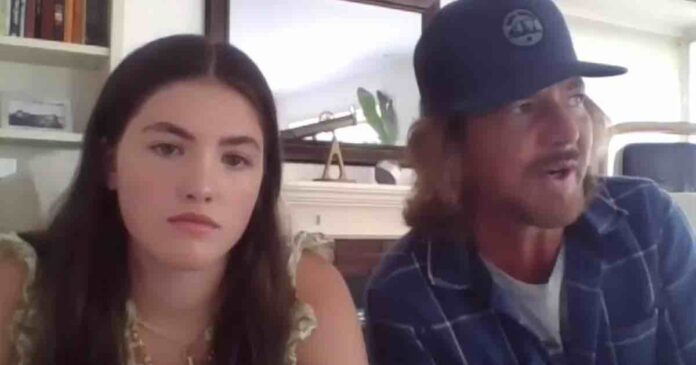 Eddie Vedder told a story at Pearl Jam’s Hyde Park show about his wife and daughter being involved in a false shooting scare.

According to Sea’s PearlJam.com forum recap, Ed lets it be known that “Garden” is about a cemetery and says that we are going to run out of material for grave stones because of all the gun deaths. He relates a story about his wife and daughter at a Pride parade when there is an active shooter alert and they had to hide in a basement with twenty other people. False alarm but still terrifying. He relates a story his daughter heard about a daughter having to abandon her shot mother in order to avoid being shot herself.

False Belief posted, “Last night was the foreplay and tonight they gave us a damn good seeing to. That felt pretty damn special.

Felt some dread when they started Garden, thinking it’d be one of those where Ed pulls away or lets the crowd take over for the chorus. Nope. He nailed it.

Johnny Marr shredding his way through Throw Your Hatred Down was another highlight and a bit of an eye opener. Knew he was a shit hot guitarist, obviously – just not in that particular style.

Not a big collector of bootlegs but this is definitely one I’ll be picking up when it drops.”