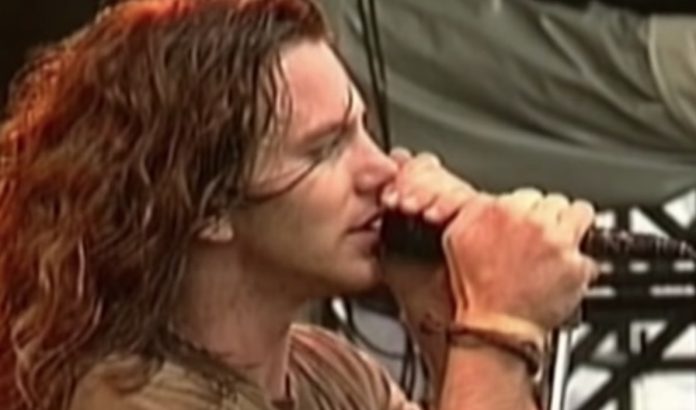 Rage Against The Machine and Audioslave drummer Brad Wilk discussed living with Pearl Jam frontman Eddie Vedder in a new Let There Be Talk interview.

“I was living at my Mom’s house, and then wound up living in the Valley with friends. Eddie and I had an apartment called the Nirvana, which was on Orange and Hollywood. There were so many cockroaches in this apartment that we had to put up black hefty bags. Covered the entire apartment with black hefty bags which was quite a look, it was like Nine Inch Nails in an apartment. Fucking hilarious, so I lived there. We had an apartment, he was still living in San Diego so he’d come up. This was a very brief period.”

He also remembered meeting and playing with Vedder in the late 1980’s in San Diego.

“I remember meeting this guy, and honestly he was just an incredible person when I met him then. He had this unbelievable voice.”

He said Vedder had the best voice he had ever heard at the time.

“We were doing rock, but it was also funky as well, and he had this incredible voice. I was like, ‘You’re the greatest fucking singer I’ve ever heard, and nobody knows it yet.'”