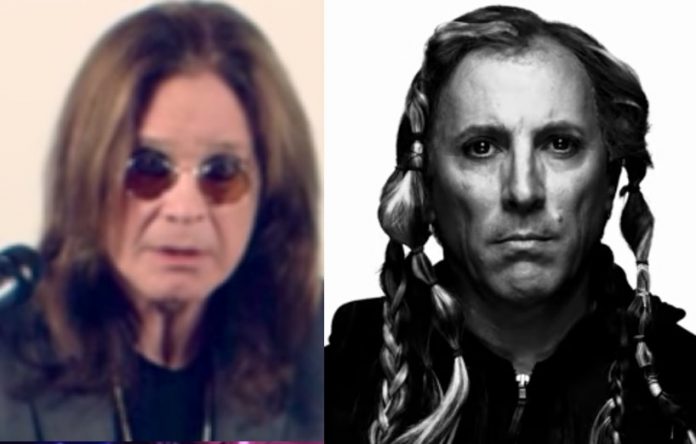 Tool and A Perfect Circle frontman Maynard James Keenan told a gross story about seeing Ozzy Osbourne pick up dog poop on The Osbournes in a new Atlantic interview. He also discussed A Perfect Circle’s new album Eat the Elephant.

“There’s bass, guitar, drums, and a guy singing and then sometimes screaming,” Keenan said in a phone interview after I tried to articulate this reaction. “I guess that’s a cliché for me. If you responded to those moments of mine in previous incarnations over the years, I suppose you’re going to have that sense memory.”

Keenan ascribes the ebb of bands like his to the rise of streaming, which he thinks devalues the labor it takes to record analogue music. But he also recognizes how unlikely it would be for him, who spends more time at his Arizona winery than in rehearsal now, to be received as edgy any longer.

With hard rock, before, “there’s danger—it makes my parents nervous,” he said. “But when you watch Ozzy Osbourne stumbling around in his kitchen picking up dog poop on The Osbournes, well that scary part is gone, isn’t it? Rock, we’ve almost outgrown it as a culture. There are other things that are dangerous.”