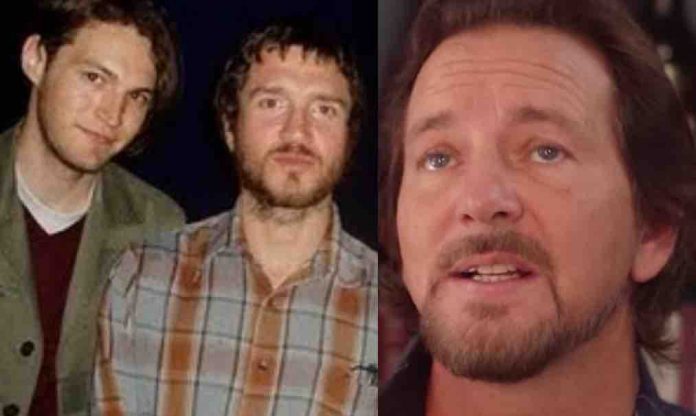 Former Red Hot Chili Peppers guitarist Josh Klinghoffer discussed Pearl Jam singer Eddie Vedder calling him a few days after his firing in a new SPIN magazine interview, and how he unloaded on how ‘sad’ the firing was to Vedder. Eddie Vedder’s worst just used was recently revealed.

“The timing is crazy. I already had this record out. The invitation to do that tour came not long after the dismissal from the band. I think getting to know Eddie [Vedder] a bit more recently helped. We just played his Ohana Fest [in September] and he played the benefit for Flea’s school [Silverlake Conservatory of Music in Los Angeles in November]. I think he was just calling to check in and see how I was doing.

I gave my speech that I pretty much gave to you that it’s crazy and sad and all of that stuff. I just feel kind of happy with the way things played out and what I accomplished with them. It’s not like I feel like a failure. There was some goodwill and I think the invitation was extended to open.

In the week right after it happened, I was staring at a completely blank calendar. Jack had talked about doing a live thing as this project in the interim before the Pearl Jam tour invitation. It was a nice thing to have something to do or else I may have gone crazy. It’s pretty scary because this is the first time I’ve ever played any solo show by myself before.”

Red Hot Chili Peppers canceled a John Frusciante reunion show last week. Bagelz567 recently posted on Reddit about John Frusciante’s RHCP return, “I’m excited to hear John’s take on Josh’s songs. I don’t know if it’s entirely fair to call the songs Josh’s worked on ‘his’ but whatever. I’m a huge fan of John, we has always been my favorite part of the band. His influence on their sound is massive.

That being said, I’ve excited to hear how he approaches the songs Josh helped compose. John has always done amazing covers, so I’m interested to hear his take on this different style.

How does everyone else feel about this? Do you think John will approach them from a completely different angle? Or will he just do his best to stay true to Josh’s parts?”

Emit1976 commented, “I’d love to hear some of John’s take on the Josh material, but I honestly don’t think they’ll play any of it. John is possessive as hell with RHCP, lol.”

Kenticus69 chimed in, “I hope they’ll play at least a song or two from that era – it’s silly to outright cut out any era of this band, especially considering the quality of some tunes. Goodbye Angels and Dark Necessities are entirely reasonable for them to do with John.”

You can read the full Josh Klinghoffer interview at SPIN.