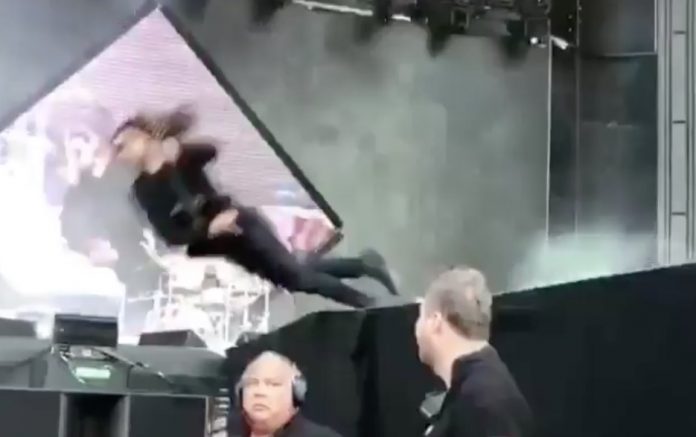 Foo Fighters are currently touring Europe, and at a recent show, Dave Grohl decided to troll the fans and stage a re-enactment of his 2015 fall offstage that left him with a broken leg. Foo Fighters took the stage and it appeared the Grohl fell offstage onto padding, until the real Dave Grohl came onstage, and it was revealed that he hired a stuntman! Watch the hilarious moment below!

Dave’s sense of humor is fantastic! ? Thank you so much to @gangstajane for sharing this closeup view of the stunt man! ?❤️ #foofighters #davegrohl #davidgrohl #stuntman #fakebrokenleg #ullevi #ullevi2018