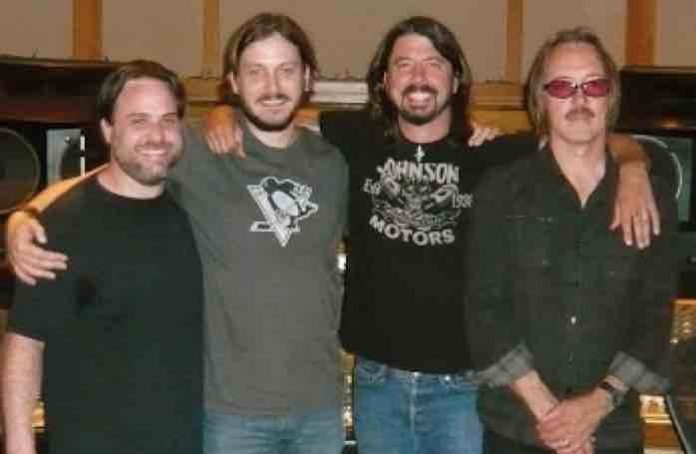 Vig told Paltrocast, “I was contacted to work with Van Halen when I was doing [2011’s] ‘Wasting Light’ with the Foo Fighters, and I think they’ve been working on a record for a long time – if this story holds right, they found a bunch of jams that they had done back in the day that Ted Templeman produced[who worked with the band on their first six studio albums].

They had all these reel-to-reels in and they were working on it. I don’t even remember who the singer was – if it was David Lee Roth who would have gone back in to sing. But, I was curious and interested, and then I called a couple of people and they said, ‘You don’t want to go down that path. It’s a nightmare trying to get them to focus, trying to get Eddie [Van Halen] to focus and it’s going to be a thankless job. You do not want to do that.’

Eddie Van Halen was disappointed with the mix at the studio, and sessions later moved to his 5150 Studios. Most of the songs were based on old demos from the 70’s and 80’s, with some newer material mixed in. A Different Kind of Truth ended up being Van Halen’s final album before Eddie’s death last month, and it’s the only album to feature Wolfgang Van Halen on bass.