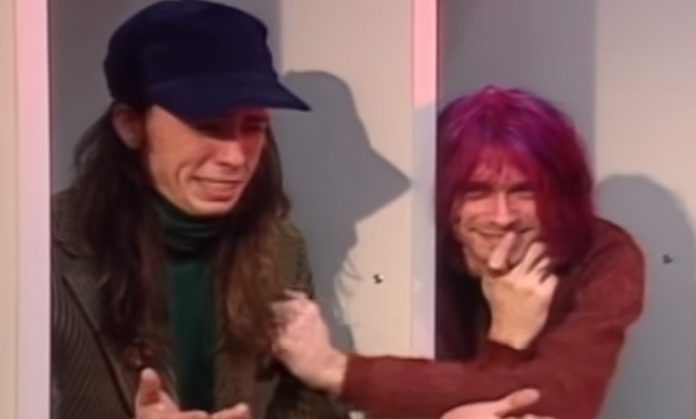 Former Foo Fighters drummer William Goldsmith has been in the news this week for heavily criticizing Dave Grohl, and claiming he played a role in Sunny Day Real Estate never releasing their fifth album, though he later clarified his statement with additional reasoning, while still throwing shade at Grohl. This new story has led to Foo Fighters fans resurfacing an interview that Goldsmith did on The Trap Set with Joe Wong in 2016 that was not circulated at all in the press at the time.

“The thing with Dave is, so the reason why I asked you if you had heard Nevermind before it was recorded with Dave, is because when you listen to it, the drum parts are exactly the same. So from what I understand, Kurt basically had an idea as to how he wanted the drum parts to go, and they were going to go that way. So he told Dave, ‘This is how the drum parts go.’ So Dave played those drum parts extraordinarily well, but I think it was very frustrating for him.

So the way he dealt with being frustrated with that was going off and recording all these songs, and him playing everything. That kind of a problem, or issue or whatever, dynamic with someone, and that way of dealing with it, with the frustrations that he had with it, aren’t very conducive to someone getting really good at having an egoless collaboration with other people.

It doesn’t teach you how to have the patience, or even find the enjoyment, which really there is, to be able to actually arrange and do air sculpture with someone, and have it be this genuinely collaborative thing. It’s a very fulfilling thing, and that’s not exactly in his arsenal, it doesn’t seem to be.”