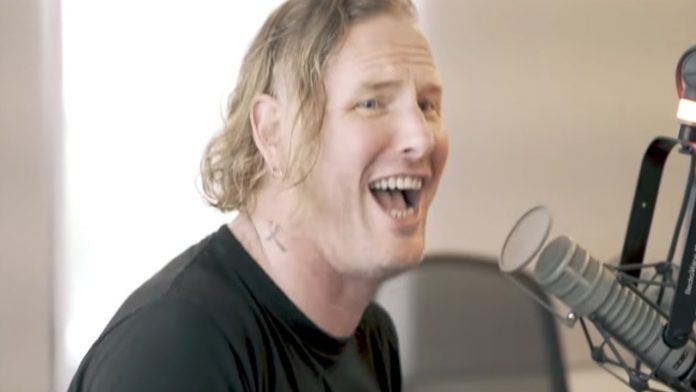 Corey Taylor, Slipknot frontman and Stone Sour icon, revealed what it would take to get for him to quit the profession of music as a performer, thus concluding his projects such as Slipknot for good during a new appearance on the Marshall Podcast. Corey Taylor recently revealed this stunning Ozzy Osbourne demand.

Taylor told the podcast: “It’s when you stop caring that you should stop. Period. Because you’re not doing it for the same reasons that you started doing it in the first place. I talk to fans all the time and they’re, like, ‘What’s your motivation for doing this?’, and it’s the same since I was 13. It’s because I love doing this, I love doing music, I love making music, creating it.

Taylor concluded: “The money’s gonna come and go. If I wanted to make money, there’s a host of different jobs that I could do just to make money. This isn’t about that, there’s something deeper. I’m glad I get to make money doing this, but it’s not about that for me, it’s about the next one.” A Slipknot member [was it Corey Taylor?] was caught using oxygen tank in shocking video.

In other news revolving Slipknot, fans of the band took to the group’s subreddit to discuss the importance of the ‘The Heretic Anthem’, which is the sixth track off of Slipknot’s 2001 studio album, Iowa.

Bonezone999 said: “It always amazes me how powerful simple small lines in slipknot songs can be “All the money in the world can’t buy me. Go ahead lie to me”

Promises of things getting better padded down with the money of now, all to be in the same situation still ages down the track”

Whereas user Ciilk put: ” I believe the song is about one of or both these things: pop music and/or a big **** off to the outside world looking at Slipknot and negatively judging them. This song is iconic and could make a case for being one of the most popular Slipknot songs. It’s been a while since I listened to the album version of this song and it sounds different than I remember, but I can’t put my finger on what exactly sounds different.

This Slipknot member was photographed with surprising drugs. The user concluded: “I’ve always been a fan of the song. I love the section in the middle when Corey [Taylor] screams “HERETIC!” and Joey [Joridson] goes ham on the drums while everyone else follows. I’ve also always liked “It’s evilsonic, it’s pornoholic / Breakdowns, obscenities, it’s all I wanna be”. As someone just getting into metal when I heard this song, that defined my musical tastes perfectly around that time.”

Credit to Ultimate-Guitar for the transcription.