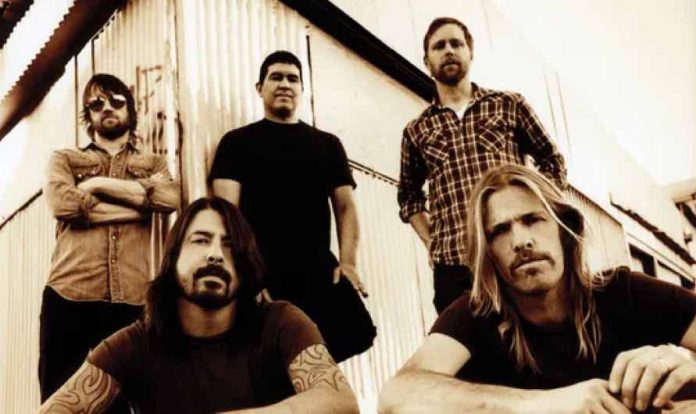 Recently, news has come out that the Taylor Hawkins tribute show is shaping up to be something incredible. As many are aware, the Foo Fighters want to put on the biggest and best show possible in remembrance of their friend and drummer, Taylor Hawkins. It looks like that this will be the case as more and more comes out about the shows via very close sources.

Via the Foo Fighters Brazil Facebook page, Violet Grohl took to live to discuss the Taylor Hawkins Tribute shows. She stated that she was very excited for the shows and that the shows will be extremely long with a run time of about four hours.

According to Violet Grohl, there have been talks with Thom Yorke of Radiohead and he may be involved with the show in London. The fans know that not everyone can attend the upcoming shows, so a fan suggested that Violet go live at some of the shows, so that the fans could all be apart of the celebration of like for Taylor Hawkins.

As far as the shows are concerned, there seems to be a lot of talk with what the Foo Fighters have planned for these tribute shows. The current rumor, which Violet seems to confirm, is that in the places that the band plays – there will be a special guest from that area. For example, when the band plays in London, Thom Yorke will be there.

We expect the Red Hot Chili Peppers to play some sort of part when the band heads out to California for the tribute shows. Everyone involved in these shows as special guests will also be friends of Taylor Hawkins. As of now, Dave Grohl has yet to make any kind of official statements as it pertains to Taylor or the band.