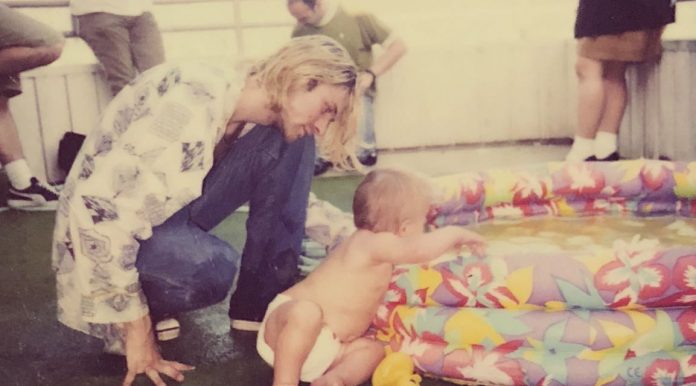 Frances Bean Cobain, the daughter of late Nirvana frontman Kurt Cobain and Hole frontwoman Courtney Love, recently took to her Instagram account and posted a series of pictures which included some throwback pictures as well, including a photo in bed with her father Kurt. She noted taking a year long hiatus from the social platform that helped her in certain ways. She shared a few moments which were captured and created in the past year.

“I took a year long break from posting on Instagram which was exceptionally good for my mental, emotional & spiritual health. 2021 brought me more into the present moment than I’ve ever been, which I’m deeply grateful for. I wanted to share a few moments that were captured / created this past year that brought me a great amount of joy. Here’s to hoping everyone’s 2022 is filled with authentic connections, a lot of warmth & profound discovery of self happy new year”

Fans have been eager to explore more about Kurt Cobain, even today 28 years after his death. Recently, his old Nirvana partner Dave Grohl (Foo Fighters) said he considered him “the best songwriter” of his generation. This talent led to Kurt’s massive fame, which clearly affected him.

One of the most important events in Nirvana world during 2022 will hopefully be the long-awaited short film about the late leader of Nirvana ‘Come As You Are’, of which some interesting details are already known, such as the trailer that you can see below or the cast under the orders of Alyse Kane Riley composed by Chase Offerle, Farah Shea, Chase Hinton, Kyle harding, Angel Garet, and Sage Lorraine.

The release date is not yet known for the film.