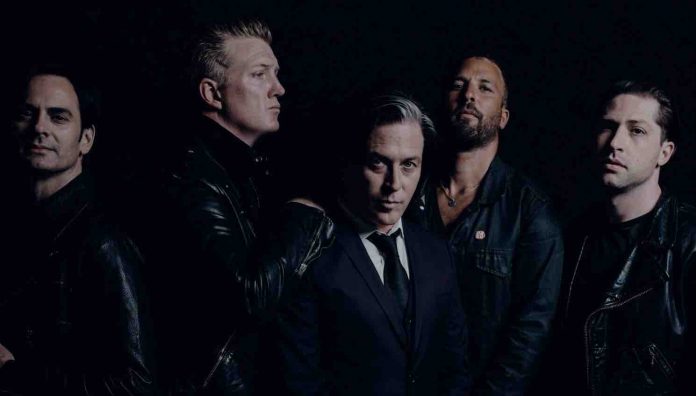 Metallica recently kicked off their first of two live-streamed 40th-anniversary concerts at San Francisco’s Chase Center on December 17th to a sold-out crowd in their hometown. It also featured Queens Of The Stone Age’s Jon Theodore. Metallica also recently suffered a sound problem at last show of 2021.

British rock and roll photographer Ross Haflin recently posted a picture of Jon Theodore to wish him on his birthday. He also confirmed his presence in San Francisco last weekend with The Wedding Band.

The full Metallica show – which began with “Hit The Lights” and ended with “Spit Out The Bone” – also featured “Trapped Under Ice” for the first time since 2012 and the live debut of Reload track “Fixxxer”.

Check out the set-list of the show below:

The 40th anniversary live stream + films are just the beginning, kicking off an extensive partnership between The Coda Collection and Metallica, which will include a full slate of concert films, documentaries, and additional content spanning the band’s career arriving on the channel exclusively throughout 2022, alongside popular music films from the likes of Foo Fighters, Jimi Hendrix, Grateful Dead, and many more.