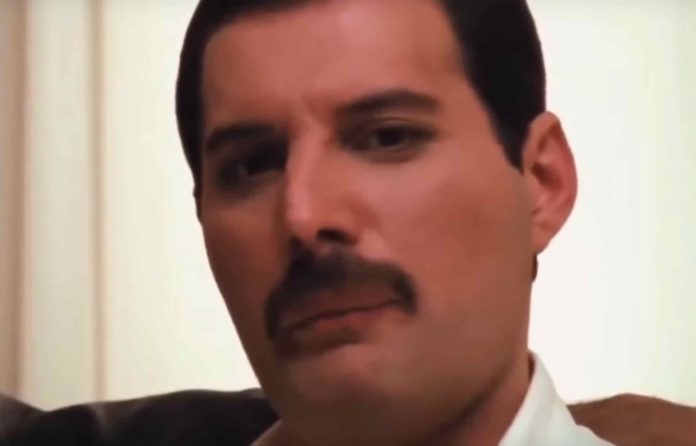 Late Queen frontman Freddie Mercury allegedly feared he got AIDS, and this fear was made public from a surprising name to him: Paul Prenter.

Mercury felt betrayed by former manager and lover Paul Prenter for alleging that Mercury’s ex-boyfriends had died from AIDS, and that he had fear he would get AIDS after being with partners who had it. The story was dramatized as a television interview in Bohemian Rhapsody. You can donate to the Foundation for AIDS Research at AMFAR.org.

Mercury’s lover, Jim Hutton, said the singer felt it was the ultimate betrayal.

In his book, Mercury and Me (via Mirror), he said: “On May 4, Freddie was devastated by another story about him in the Sun. And so was I. His old friend, Paul Prenter had stitched him up.”

“AIDS Kills Freddie’s Two Lovers, it declared, and the story was run across three pages. Tony Bastin, from Brighton, and John Murphy, an airline steward, had died from the disease in 1986. And Prenter claimed that Freddie had called him late one night and poured out his fears about AIDS.”

The same article mentioned Jim Hutton, and Mercury later found out Prenter had been paid for his story.

“We later learned that Prenter had been paid about £32,000 by the paper for his story,” Hutton wrote. “Freddie never spoke to him again. For the next few days there was more in the Sun, and at each episode of Prenter’s story Freddie became angrier. Prenter sold the paper several photographs of Freddie with various lovers and these were thrown over two pages under the heading All The Queen’s Men.”

Hutton added that Prenter had tried to get in touch with Mercury to explain, ringing Garden Lodge, “but Freddie wouldn’t speak to him.”

Hutton said, “Prenter tried to excuse his appalling behaviour by saying that the press had been hounding him for so many weeks he’d finally cracked under the pressure. Freddie didn’t want to know Prenter’s excuses; he felt unforgivably let down.”

The article that angered Freddie claimed, “Brian Bastin from Brighton, Sussex, who had a two-year fling with the star died in 1986 aged 35. Airline steward John Murphy, 37 who had a one-night fling with Freddie in 1980, also fell victim to [AIDS].”