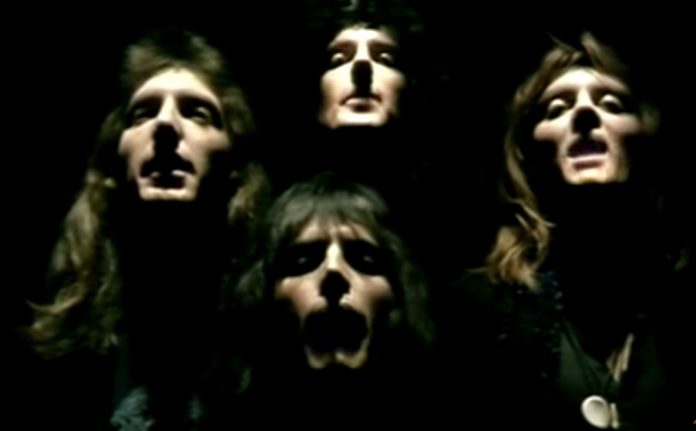 “Then I asked John about some of the inaccuracies in the film Bohemian Rhapsody. First of all, the whole Freddie firing John by kicking him out of the car never happened.

Furthermore, there’s a scene where the band leaves an A&R meeting at EMI, the record company not supporting “Bohemian Rhapsody,” and a few minutes later a brick comes flying through the window and Freddie yells, “You’ll be remembered as the person who turned down Queen!” or something like that. That moment didn’t happen. But something very similar did happen.

One day, John had told the band not to do any interviews without clearing them through him. Well, that night they went out to dinner and Freddie told him he had just done an interview!

Brian May recently posted on Instagram, “I’m enchanted by rhododendrons. Blown away. This year I’m grateful to be not on tour while they present their magnificent blooms – each one an arrangement of many florets, every one waving their stamens and desporting their coloured ‘throats’, and offering perfumed pollen – all to invite those bees to visit and pollinate them. Swipe to see mono, then parallel stereo, then cross-eyed stereo, then red and green (blue?) anaglyph, for which you will need red and green (blue?) glasses. Rhodies Rock !!

Oh, yes, Roadies rock too !!! 💥💥💥💥 This one is new to me – called, apparently “Mrs. T.H. Lewinsky AGA” . There must be a story there … Very unusual, with its pink-tinged buds, as you can see, and a striking orange throat when the blooms are fully open. Wow ! Bri.”