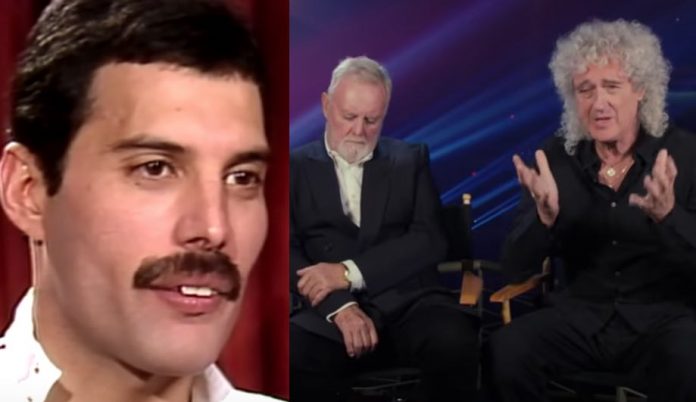 Freddie Mercury bandmate and Queen guitarist Brian May could have just written his farewell message to American fans after Queen and Adam Lambert wrapped up their ‘Rhapsody’ tour, and he recently hinted it could be the end as far as American tours, as he said he ‘hopes there will be a next time’ in a previous post. He is now saying goodbye to fans on social media for awhile in an emotional new post. Freddie Mercury’s note to his boyfriend after a terrible mistake recently resurfaced.

“Here’s a lazy man’s hyperstereo technique ! It’s also a safe method if you know it’s a once-in-a-lifetime opportunity. You sacrifice a bit of resolution, but for IG, it’s not a problem. Method ? Just point the phone camera out of the window and video what comes up. Then choose a couple of screen shots from the resulting ‘movie’,spaced just enough to give you the effect you want (and you can change your mind !!).

Import the two screenshots into your i3DSteroid app, adjust at will, and Bob’s your Uncle! (that was one of my Dad’s favourite expressions, and I don’t know if I can really translate this bit of colloquial English, except to say that the answering phrase was ‘Fannys your Aunt!’). Well, essentially, job done !! My IG refused to post this at the time, So let’s see if it works this time.

I’m back home now, doing a lot of sleeping, and that fabulous USA tour seems like a dream. So I’ll probably be a bit quiet for a while. Thanks, folks, for following our adventures with me. It was quite a trip. Big announcement coming later today !!! Bri. Swipe for the (rough) stereos – first parallel, and then cross-eyed.”