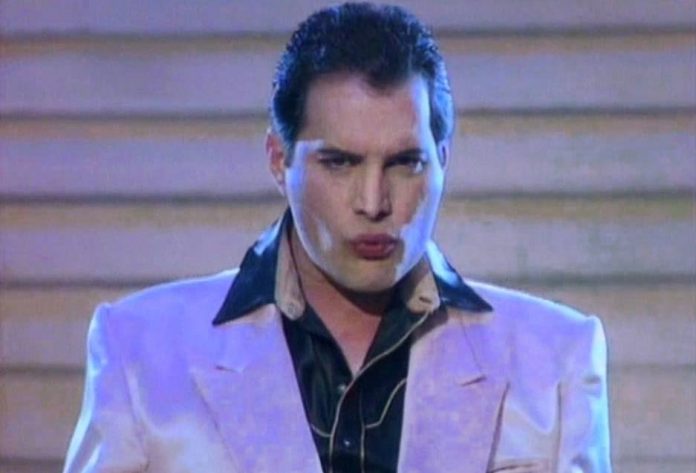 Late Queen frontman Freddie Mercury was sadly killed by AIDS in 1991, as the disease ravaged his body in his final months. You can donate to the Elton John AIDS Foundation at EJAF.org. A rarely seen photo (the second in the Instagram album, rather than the first which has been frequently shared) recently was posted by Freddie Mercury Club. It was taken by Freddie’s boyfriend Jim Hutton. Freddie Mercury smoking in a photo with Michael Jackson was revealed over the weekend. Freddie Mercury Club reported:

On August 28th 1991, exactly 28 years ago today, Jim Hutton took these photos of Freddie at Garden Lodge 📷…his last ever known photographs 😞

“That summer Freddie posed for a camera for the very last time – mine. It happened like this. I was out in the garden photographing some of the flowers in full bloom and Freddie walked towards me. I trained the lens on – he wanted to move back a bit so it wasn’t a close-up. Then he posed while I took four pictures, and he managed a smile for each. He was so pale and drawn that he knew he didn’t look his best, but it didn’t matter a bit; of all the pictures I have of Freddie, those are the ones I love most.”

Freddie Mercury throwing beer at fans on video was revealed yesterday. P.S. Seeing these photos and reading those words by Jim always pains me beyond words…but I share them not to focus on his illness (please don’t do that) but to show how he always saw the beauty in every moment and his smile and bravery never wavered….
I love the fact that a cat (who looks like Oscar) is standing next to Freddie and I’d like to think he was having a good time amidst the bloom of the flowers of his beautiful garden…🌸

But most importantly, despite the sadness, I’m still in awe and admiration for Freddie and his superhuman courage to face life head on and muster a smile even through his hardest moments. His smile always stayed on and in that way he even mocked his illness. My hero… This man is a source of inspiration on so many levels and I love him for that… ❤ A Freddie Mercury bandmate posted a sad goodbye letter last week.