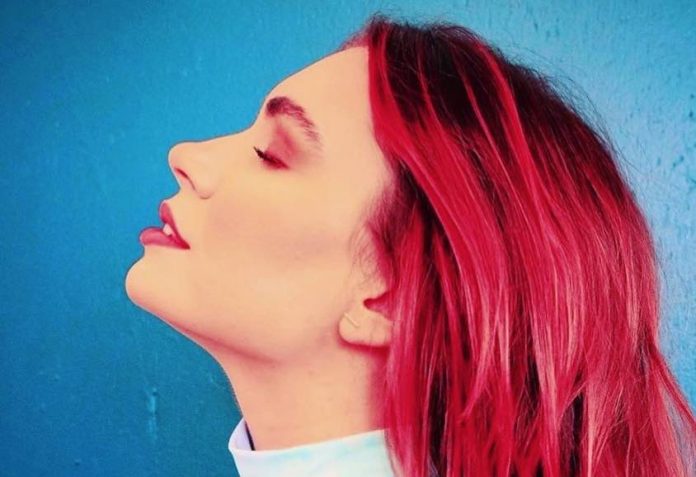 KISS bassist Gene Simmons‘ daughter, the lovely Sophie Simmons took to social media via Instagram to post this sizzling picture of herself from Coachella a while back in a tantalizing white robe and a sensual black choker. Gene Simmons daughter uses ‘toys’ in night gown photo.

Simmons wrote: “Baby soph at Coachella… never thought I’d hear songs I wrote played back to me at a festival. 2020 is gonna be so good”

In other news regarding Sophie Simmons’ rock star father Gene Simmons’ father highly successful group KISS. Fans recently took to the KISSfaq fan forum to discuss their opinions on the Bruce Kulick years of ‘the hottest band in the land’. The Space Ace wrote: “The only Bruce Kulick era album I like is Revenge. It’s nothing against Bruce, he’s a fantastic guitar player, but the period he was in the band just doesn’t compare to the original to me. He was great on his own, but the rest of it was not. If someone had shown me a 1985-1995 Kiss concert before I had discovered the original lineup, I probably would have enjoyed it, but it wouldn’t have made me a hardcore fan.” Gene Simmons’ daughter parties in tight corset.

Whereas Bruce [No relation] said, “Yes!! Resoundingly so. There’s a reason why Bruce Kulick is my guitar hero. He’s a master at choosing interesting phrasing and at creating memorable riffs. He’s thoughtful about his approach to guitar playing. This doesn’t mean or imply that his riffs were unimaginative, or that they lacked a certain spontaneity. Bruce had a wide range of vocabulary — working knowledge of different styles and genres and techniques. And his influences are many. All of which he brought to everything he worked on.

The user continued: “Bruce Kulick plays guitar the way I wish I could. He knows how to arrange notes in a way that echoes the full spectrum of human emotion. Aggressive, soulful … whimsical. He has this uncanny knack for getting right to the core of a song’s emotional truth that gets audiences to headbanging and pumping their fists in the air. Or even raising their lighters and lighted phones, swaying to the music … moved by an acoustic solo. So, no, maybe he’s not jumping all over the placekicking and prancing around on stage to get our attention. His guitar is his showman. It grabs our attention and holds it, because here’s a musician who knows what he’s doing and how to get to what he’s after. He doesn’t have to feel his way through, at our expense … because he knows what he is doing — now to get us out of our seats and get us electrified!” Sophie Simmons leaks A-List lesbian girlfriend.