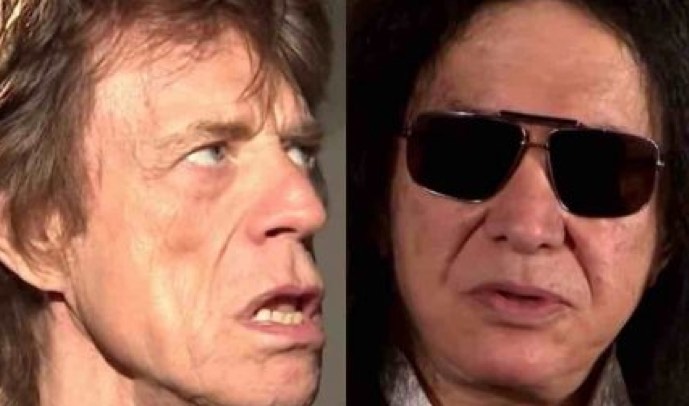 When Gene Simmons goes away for a bit, you know that he is stirring up something that everyone will be talking about and here it is. While Gene is never known for being modest or putting his ego to the side; he usually is very good at giving credit where credit is due, but that doesn’t seem to be the case as Simmons continues to get a bit crankier with age.

Recently, Gene Simmons spoke about how in-shape one has to be in order to do what he and the rest of KISS do. Take for example the platform boots, which, Gene says weigh a ton. Now, let’s add in the rest of the gear that the band wears as well the bass guitar weight for Gene and you’re looking at a lot of extra added weight.

To Gene’s train of thought – not everyone can pull it off. Especially not Mick Jagger.

Gene states: “Jagger’s in amazing shape, but he wouldn’t last half an hour in my outfit. I’m 72 and still in great shape. You’ve got to spit fire, fly through the air and all that stuff. And you do it for two hours.”

While Mick may not have a more muscular frame than Gene, it’s easy to say that not many could even do what Mick Jagger does night after night.

All of the added stress to the body has Gene Simmons ready to call it quits as time is catching up to him.

Somewhat of a sad, yet prolific final recent statement by Gene said: “At some point, you’ve got to have some dignity and pride and quit while the gettin’s good.”

While this won’t be the first time Gene Simmons or KISS have teased retirement; this time it does feel a bit more realistic than the usual grab at ticket sales.