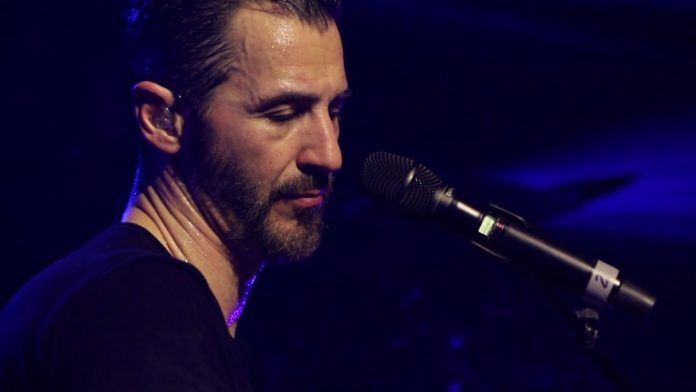 Godsmack singer Sully Erna discussed songwriting in a new Mistress Carrie Podcast interview, “We are working hard this year and isolating and locking ourselves in the studio to not write one record but to write two records. We always listen to our fans and we pay attention, and although we write the kind of music that we love and that we wanna write that satisfies us, we still like to hear and try to honor the fanbase that’s stuck by us for the last 26 years. So one of the things they’ve always asked us, ‘When are you gonna do another acoustic record? That was so cool that one you did.’

But that acoustic record [2004’s ‘The Other Side’ EP] really was nothing more than our own songs stripped down into acoustic cover version of ’em with a couple of originals on it. So this year, what we wanna do is create a full-length rock record, but we also want to go back and create a really cool vibey acoustic album, or EP, so we can launch a couple of records, or at least have ’em in the can. And that’s our goal. We’re gonna be in there all year just writing music. And if it’s a big fat rock song, it’s gonna go in one folder, and if it’s kind of a cool piano piece or acoustic track, it’s gonna go in another folder, and then we’re gonna record everything and then pick our favorites and put out a couple of albums’ worth. So we have no [intention] of slowing down whatsoever right now.”

He said Godmsack hadn’t brought in other songwriters, “Not yet, but I wouldn’t be surprised if I do at some point. ‘Cause the last record, I really enjoyed the process of not only writing by myself or writing with my band, but then I ventured out too, and I worked with some other writers who are just really great songwriters, like [John] Feldmann, who writes for Blink-182 and 5 Seconds of Summer and a really weird list of bands that no one would ever make the connection of Godsmack and those kind of artists. Great artists, but just a different style of music. Or Erik Ron. Or even Clint Lowery from Sevendust; I did some writing with him. And I enjoyed the process a lot, and out of that process, I got some great songs. And so, yeah, it does inspire me, and it makes me think outside the box.

“I’m way past the ego side of this business and who writes it and trying to hero everything myself,” he explained. “If I write it, great. I enjoyed it. I wrote ‘Unforgettable’, I wrote ‘Under Your Scars’ — those are two big songs that became No. 1s on the last album. But I co-wrote with ‘Bulletproof’ and ‘When Legends Rise’, and I’m not embarrassed to say that or shy about it. I have no ego when it comes to that.

“I have always been someone who has endorsed the thought of ‘do what’s best for the song,'” Erna added. “And whoever needs to get credited for that is the person that gets credited for it. But for me, it’s just about writing the best music I can write and continuously evolving into the best songwriter I can be. And that’s my goal. I look up to — Elton John is my favorite all-time artist for songwriters. And I would like to be able to just have the music live on and be able to evolve into being a timeless songwriter one day. ‘Cause that’s gonna be my legacy — that’s the only thing I have on this planet to leave behind and do my small little miniscule part on this planet to help people.”