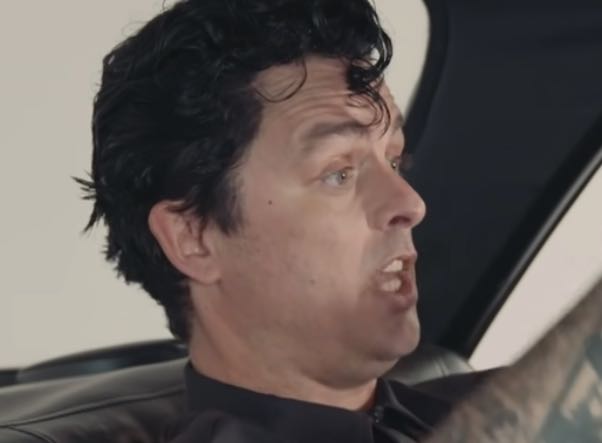 Helenaxvanloon commented, “All the kids with the American idiot tee 🙄 they don’t know the good old stuff. Insomniac is THE album of my life such a masterpiece

Billie Joe Armstrong shot back, “@helenaxvanloon it’s not a talent show. Bro you’re soooo old school.” Aponcho88 responded, “@billiejoearmstrong Can’t wait to see u next year in Miami on August 2020 for the third time in my life! Hell yeah! @greenday for life!”

Ryan__who_ asked, “@billiejoearmstrong why have u been posting clips of fans playing songs it’s really fucking cool.” Hvillumsen said, “@helenaxvanloon Just because you have an AI tee, doesn’t mean you don’t know the old stuff.” Poisoned_apple said, “@helenaxvanloon They currently sell them at Kohl’s for 15 bucks 😂.”

Michael_wee_03 wrote, “@billiejoearmstrong True words. We mustn’t waste our time on the past but focus it on creating a brighter future.” Alicewheeldon chimed in, “@helenaxvanloon I saw Green Day at MK Bowl when I was 10 years old. American Idiot was ‘my’ album. Of course they’re wearing American Idiot shirts, it’s relevant to them.”

Coltonorr1227 said, “@helenaxvanloon I own an American idiot tee, doesn’t mean that insomniac isn’t one of my favorite albums, the bass playing in panic song, brain stew and jaded, etc. Getting a shirt because you like an album doesn’t mean you don’t listen to the old stuff.” A Green Day member revealed an emotional ‘goodbye’ letter a few days ago.