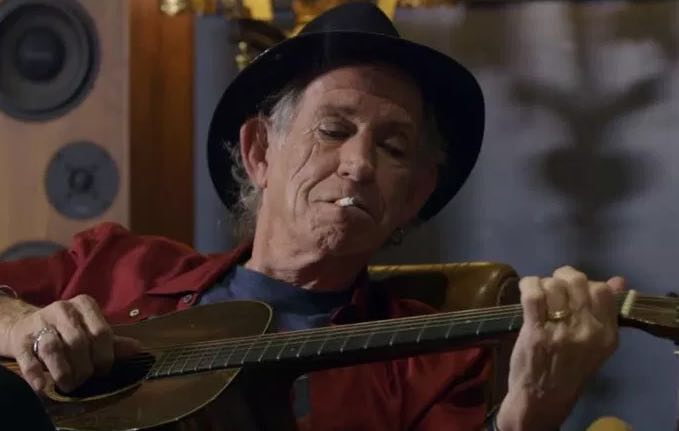 The Rolling Stones guitarist Keith Richards was filmed jamming with his daughter Alexandra singing on Christmas, and the performance fell apart after some sloppy musicianship. Alexandra wrote on social media, “Run run Rudolf…no really, run Rudolf, run away.” Keith Richards breaking up with a girlfriend was revealed a few days ago.

Wonderboy posted, “I remember when my uncle in Ireland died the family burned a lot of his belongings, not wanting to go through his personal writings and really giving him some final privacy.

Not saying it would be exactly like that with Brian, but burning his stuff was probably just saying, he’s gone, he drowned, here’s the rest of it. Goodbye.

Not a fan of conspiracy theories in general, and believe that at worst his death was probably misadventure. His life was a mess, he was very sick, he was hanging around dopey people; at worst they were clowning around and he went under. And then of course they all fled. As far as him being around underworld types, the Stones were operating in the world of nightclubs, record companies and drugs, which would be three businesses in which there was a lot of cash laundering and illegal activity.”

JLowe wrote, “I have always had the view that Brian was worth more dead than alive, maybe I am naive? I mean he was due a substantial severance payout and a reasonable secure annual income as part of the settlement. He would also have had the continual trappings of any wealthy pop star (technically broke, but not really), girls, drugs, booze a nice country home etc. Why spoil the party?” Keith Richards ‘injecting’ heroin with a famous model was detailed last week.