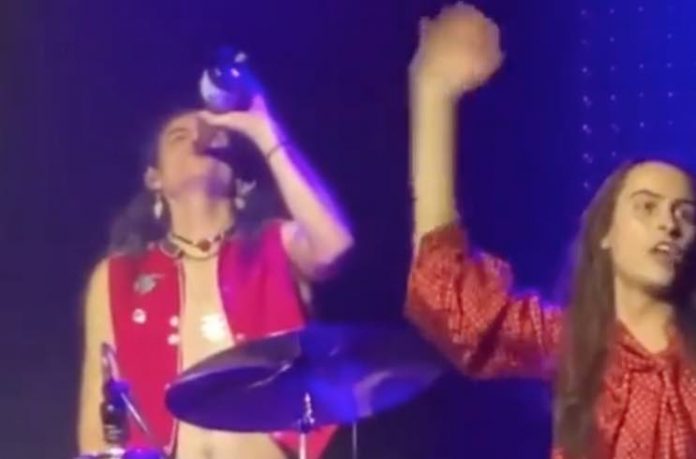 Greta Van Fleet chugged some alcohol onstage to celebrate drummer Danny Wagner’s birthday, who just celebrated his 21st birthday, so he is now legal to drink in the United States! Wagner was celebrating his birthday at a show in Philadelphia, a date that the band had to make up after Josh Kiszka’s illness a couple of months ago.

ISI_IS_NICEST posted on Reddit about Josh Kiszka’s performance, “What a great show. His voice was in peak condition. Almost blew the speakers with his screams.”

R1chardharrow said, “That’s so true. I’ve seen some comments about how he shouldn’t push his voice on records because it can’t be lived up to live, but I have to say, after last night, he was more than living up to the records. Josh’s vocals were SOARING through the theater.”

Jimbor777 chimed in, “Damn… I’m a Philly native on vacation on the other end of the country, and, though I’m really grateful to be chilling in Vegas right now, I would kill to see this!”

Greta Van Fleet are expected to release a new album in 2020, with a massive world tour to follow. Greta Van Fleet had a hugely successful 2019, with a big tour, a Grammy win, and performance on Saturday Night Live.