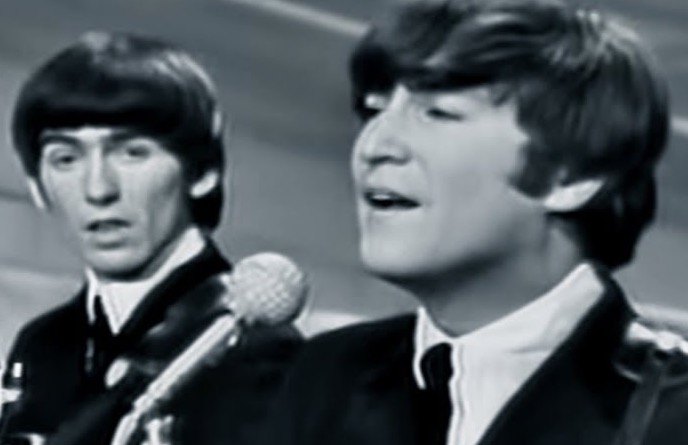 The official Twitter account of The Beatles posted the following George Harrison quote. The quote is actually coming from an old interview in which Harrison reveals former bandmate John Lennon’s hatred for wearing suits. However, the fab four had to put up with wearing stuffy suits due to the nature of the music business at the time as the tweet states the following. Paul McCartney revealed this George Harrison deathbed ‘threat’ last week.

“I don’t think John particularly liked wearing a suit – nor did I – but we wanted more work, and we realized that’s what we had to do. Back then everyone was more straight, the whole business was.” – George

John Lennon’s ‘goodbye’ letter to George Harrison was also revealed. In other news revolving the Beatles and George Harrison. Fans quickly went to social media recently to reflect on the legacy and impact in regards to Harrison’s epic vinyl set, originally released in 1970 titled ‘All Things Must Pass.’

One fan wrote: “This is the third vinyl copy of this album I own. The other two are an original Apple pressing and one on the purple Capitol (large logo) label. I used to think the Apple pressing was superior, but this one takes the cake. I’m hearing details I either missed the first time around or just could never hear. Lots of depth and clarity and the vinyl is dead quiet and flat. The package is a virtual replica of the Apple box, right down to the poster. They put the discs themselves in nice separate sleeves so you can preserve the lyric sleeves. Really a nice job all the way around. I am more than satisfied.”

Paul McCartney revealed if George Harrison went broke fairly recently. Whereas another fan stated: “After The Beatles broke up, they all went on to solo careers. While Paul McCartney obviously had the most successful, he didn’t put out the best solo record. That was George Harrison’s “All Things Must Pass”. An epic 3LP, 2CD release that features Harrison’s biggest solo hit “My Sweet Lord”. I’ve always loved the contrast between this song and Lennon’s “Imagine”, two great inspirational songs from polar opposite points of view. There’s a lot of music here, and it’ll take time for it all to percolate through the listener, but this is not background music. It’s best to devote your time and attention to it. Trust me, you’ll get a lot more out of it that way. I love this passionately.

“I don’t think John particularly liked wearing a suit – nor did I – but we wanted more work, and we realised that’s what we had to do. Back then everyone was more straight, the whole business was.” – George pic.twitter.com/8waFkOb3EC