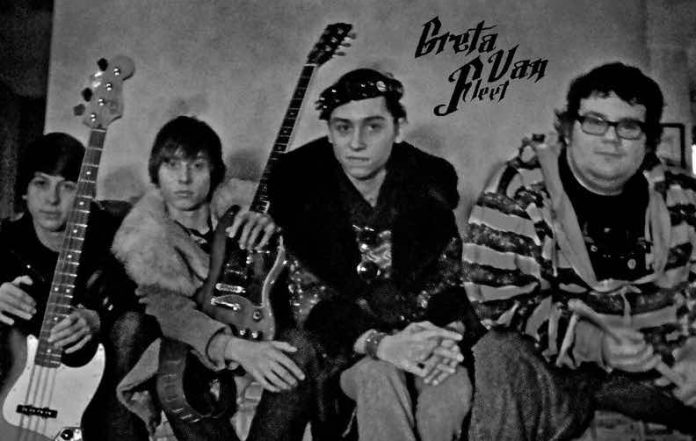 “He had some health issues and his work ethic as a band member, I’d say was lacking substantially. He’s the kind of guy that wanted to get paid to practice. He’d let us down. I didn’t find out until we were ready to leave for this show at a biker club that he had hurt his ankle, but then someone would tell me, ‘Oh, I saw him walking around at the football game last night.’

I called Danny [Wagner], and Danny was in Detroit. By the time I got to the show, Danny and his parents were already waiting on me. Danny was a guitarist, so he was never really a drummer. He would sit in on band practices when Kyle [Hauck] was the drummer. So, after Danny played that show with the Kiszka boys, they were like ‘Well, let’s go break the news to him.’ We all walked over to Danny and we were like, ‘Welcome to the band.’ And that was it.

There wasn’t really any fight with Kyle, other than the night he showed up to the one show and said he couldn’t play. I laid into him, I was livid. He was just kind of there. Afterwards, I’m sure he had some things that aren’t too nice to say about all of us. He never said anything directly to us. We all tried to keep it as peaceful as possible. It’s rock and roll, man. I don’t care if your foot’s falling off, you get out there and play. No one gets this shit for free.”

Barbee also discussed who the the true songwriters are in the band, and who is actually writing the material.

“They all do, but I think Jake [Kiszka] overall musically, but the lyrics are 100% Josh [Kiszka]. They all have the input in everything. That’s what makes it work. Everyone has a place in that band. You look on the stage and Jake and Josh can just give each other a look and they already know what they’re thinking. Plus, they’re twins. It grows. They all put their element into it. You don’t have one guy dictating the others. I like the way they do it. Josh will listen to the music being made and he just comes up with lyrics on the spot. I’m like, how do you even come up with this?”