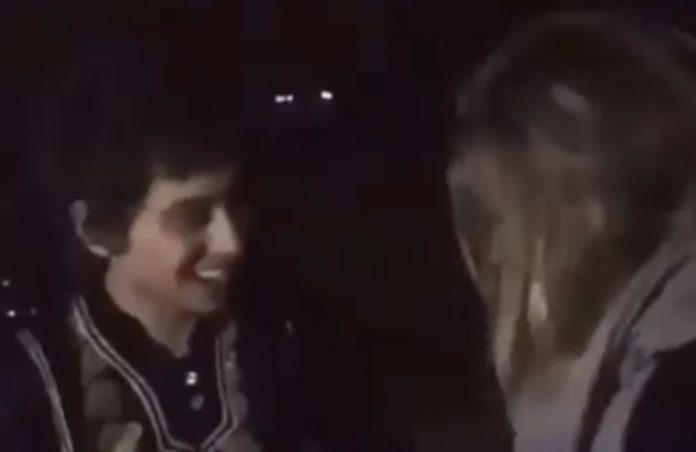 Greta Van Fleet singer Josh Kiszka appeared to get a bit flirty with a tall blonde fan in a new video. Kiszka is very friendly with his fans, so was he just being nice or trying to get a date? We may never know! Greta Van Fleet were called ‘cowards’ earlier this week by a big name after revealing their new album producer.

While many have compared Greta Van Fleet to Led Zeppelin, Dudley Morris posted a different comparison on the SteveHoffman.TV forums, “You know…I gotta admit, the more I listen to these kids the more I’m diggin’ them. Sure there’s the whole cosplay element, they seem to look to Grand Funk Railroad for lyrical and sartorial inspiration, and they make early LZ seem totally original.

But, it nevertheless seems they at a minimum know how to rock, and given that they’re barely of American drinking age they have lots of time to grow. If they’re as open to progressing as they seem to be in their interviews, and if they don’t break up or make some cash grab in the interim, their third album could be a revelation.”

Talpa added, “My bassist tipped me to them last spring. Saw them at the Dallas show last month – packed room, lotta energy. Glad I caught them at this development stage.
Singer I made connection w/ was Noddy Holder from Slade..almost a dead ringer vocally, but w/ some of RP vibe. Guitarist has is sorta channeling some modicum of je ne sais quoi …I think. The next LP or two will tell. It’s early in the game, and Plant does hate him (lovingly) =|Opening act Dorothy was game on.” Aerosmith revealed the bold truth about Greta Van Fleet last week.