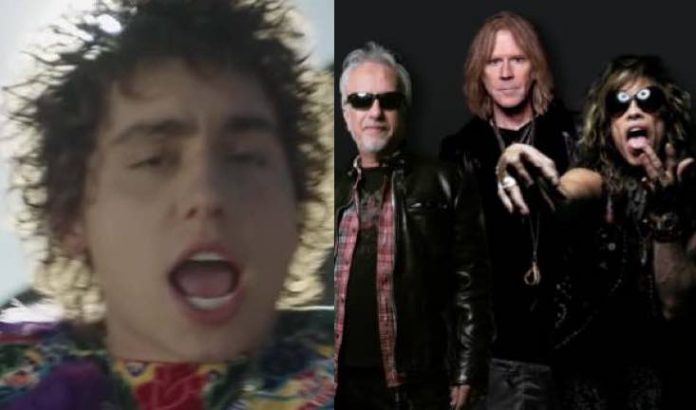 Aerosmith bassist Tom Hamilton praised Greta Van Fleet in a new interview when asked about his favorite bass players. Steven Tyler was recently criticized for allegedly nearly canceling an Aerosmith performance over a disagreement with promoters a few weeks ago.

Hamilton told Music Radar, “I always forget to mention Chris Hillman from the Byrds and Jack Casady from Jefferson Airplane. Chris was a very musical player. Check out his playing on a song called Renaissance Fair. Jack was freaky, and I mean that in the most complimentary way. They put out a live album called Bless Its Pointy Little Head. His playing is like no other bass player I’ve ever heard. Weird and powerful. Psychedelic! I can’t think of many more recent players by name, but I’ve heard many that impress me. I’d have to say the guy in Greta Van Fleet is pretty damn good.”

Steven Tyler was called a ‘spoiled brat’ by a big name in a radio segment recently. arrowmith recently reflected on ‘Pump’ as it nears its 30th anniversary on the Aeroforce forums.

“I’ve got to agree with most peoples opinion: their best album, full of 10/10 songs. Young Lust, FINE, Elevator, Monkey On My Back, Janie, Other Side, Don’t Get Mad, Voodoo, What It Takes. Only bad song is…and it’s horrible…My Girl.

This album rocks so hard its from a period when they really wanted to show it. They were….yeah…pumped. Live and in the studio, the songs has aged so well. Classic after classic, a song like Other Side…so fun, so different..so full of joy.

While the other camp like the older Aerosmith, I compare this to Rocks, often said to be their best. Good songs there too, but the whole B-side on Rocks cant compare to these super rocking tunes from Pump. Pump is just better, by quite a margin in my opinion. Many of the 70´s Aerosmith songs are not rocking like the 80´s and further songs.

The songs from 80´s and beyond rock harder, they’re meaner. A record like JPP is really bad when it comes to the newer albums, really hate songs like Trip Koppin, Beautiful, Gotta Love It, Flesh, Line Up… .. but here just to share my opinion on Pump and compare it a little to Rocks.”