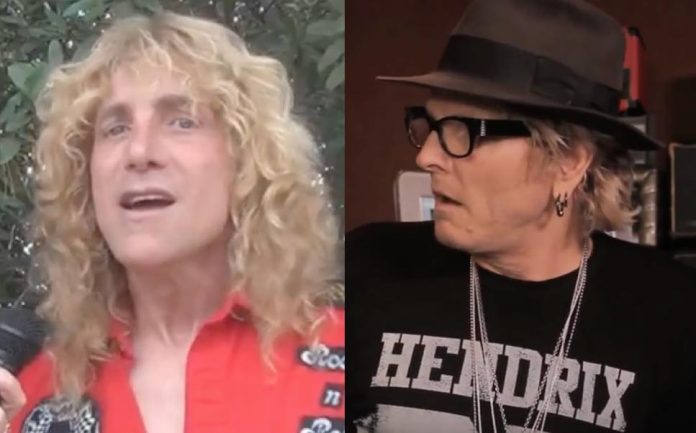 Adler wrote on Facebook, “Had an AMAZING time at Foreigner!!! Wonderful seeing my brother Jeff Pilson kicking ass!!! Ran into some friends too!”

View the touching photo below.

He told WRIF in a recent interview that Alternative Nation transcribed, “We recorded that song, that song is not the same song we recorded. When we recorded Shadow Of Your Love, we recorded it when we did the EP Live Like A Suicide. If you’re listening to it, that’s not me playing drums on it. The guitar has obviously been put in, because it sounds newer.

The vocals, the bass, the rhythm guitar, that’s from 1985, but the drums, that’s not me playing. I know how I play, and that’s not the same guitar solo. You can hear it, it sounds brand new. Half the song sounds really old, and the drums and lead guitar sound new. They have better equipment nowadays, and we did that demo for 300 dollars. It sounds different.”