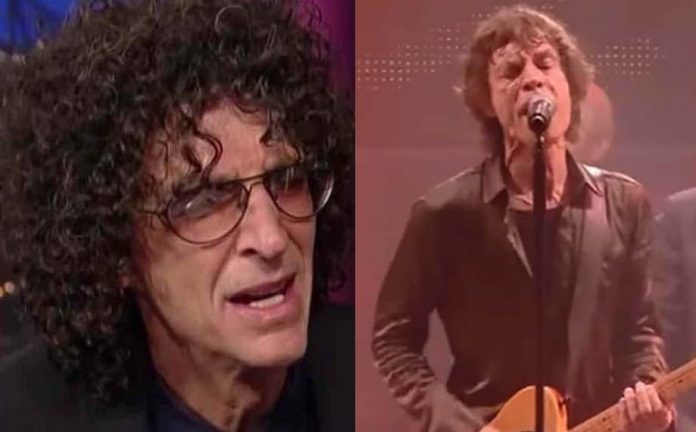 Howard Stern interviewed Tracy Morgan on Wednesday, and he said that despite his age which comes with health issues like the heart surgery he recently had, The Rolling Stones frontman Mick Jagger is constantly moving around onstage, unlike former Oasis members Liam and Noel Gallagher.

MarksFriggin.com recapped: Howard said he heard a beautiful story about Tracy. He said he heard that when Michael Che was doing stand up Tracy pulled him aside. Tracy said he’s very funny. Howard said he heard he pulled him aside and gave him some advice to get away from the microphone stand. Tracy said he told him to move it to the side and walk the stage. He said never neglect the audience. He said that’s what you have to do. He said you want them to see you. He said don’t lean on the microphone stand. He said you never saw Eddie Murphy didn’t that. He said use the whole stage. He said that you have to move around.

Howard asked if music is like stand up. He said you see Mick Jagger moving around but in Oasis they just stood around. Tracy said he doesn’t know if Che was moving around or not but he told him he has to. He said he loves Che. He said he got advice like that so he just passed it along. He said he’s passing on his knowledge. He said Che is worthy of that.

Howard asked what he did to audition. Tracy said he did original characters. He said they were people he had seen in his life. He said if you see the audition you see it. He said that Lorne must have seen something. He said no one has been on Howard’s show like him. He said no one is on Conan’s couch talking about Planet of the Apes like he did. He did his impression of what that was like. Howard said that was a performance.