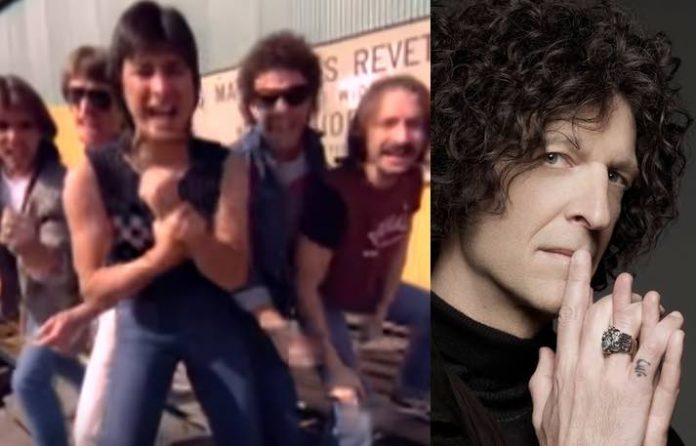 Howard Stern revealed on his show on Monday that former Journey singer Steve Perry called him ‘big bird’ at a club in the past, and he hasn’t liked him since because of it. He also ripped Perry’s new solo material as ‘terrible.’ Stern called Perry ‘mean’ earlier this year.

Robin said Steve Perry met a woman with cancer and he went to a baseball game with her once. Robin said some women saw him out and they told him how much his music meant to them. Robin said Steve went off thinking that was nice but the girlfriend told him that this is what he should be doing.

He said he’s very anti-Steve Perry. Howard played some of his new song and said it was terrible. He played another song and said he needs Neal Schon from Journey. Howard said he walked into the room back in Washington DC and Steve said ‘Oh. Big Bird.’ Howard said like he hadn’t heard that before. He said the guy really goofed on him in an arrogant way. He said he acted like he was better than him. He said he was at the time but still, don’t act that way. Stern did an awful Robert Plant performance on his show recently.