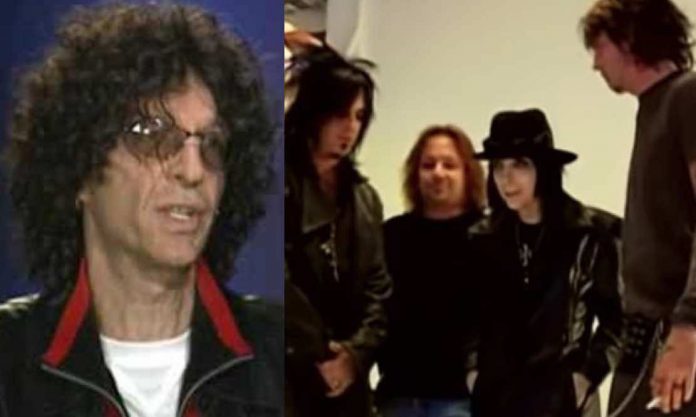 MarksFriggin.com recapped: Robin read a story about Taylor Swift who has been granted the license to sing her own songs at an award show after she was told she couldn’t. Howard said he’s not sure what’s going on in the record business. He said everyone should have the rights to their own music. Robin said there was something that went on there and this company bought her recordings and now she has to work with Scooter Braun. Howard said it’s weird that she got such a bad record deal. He said everyone knows to own their own songs now. Howard did another live commercial read after that.

Howard Stern recently unloaded on Nickelback disrespect. Robin read a story about Pink who is taking a year off from music to spend time with family. Howard said he thinks that’s fine. He said she should take a year off. Robin said he’s never advised anyone to do that. Howard said does advise that for her. Robin had some audio of one of her songs for Howard to play. Howard went into his mother’s voice and told her she is doing too much and she deserves some rest. Howard had Ray going on and on about how she should rest. He said Robin did too much and ran herself down when she went to get her Legendary Dove award.