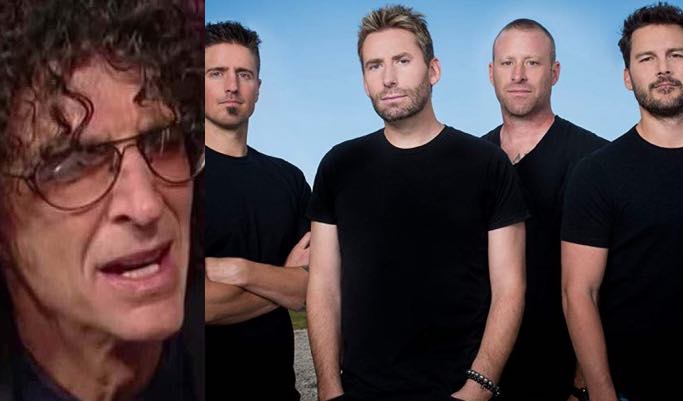 Howard Stern recently praised Nickelback and Stone Temple Pilots’ Scott Weiland on his show, saying he still misses Weiland nearly four years after his death. He mentioned how great music like Nickelback and STP are on the SiriusXM app, along with a great STP cover by another 90’s legend, with maybe a Nickelback version coming next time they’re on? We’ll have to wait and see. Scott Weiland’s widow recently sold his Velvet Revolver hats.

MarksFriggin.com recapped: After the break they played Nickelback’s ”How You Remind Me” as they were coming back. Howard said he’s not sure why people goof on that band. He said he likes this song. He said this song is good.

Howard said all of that is up on the app now. He said the app is free to you if you’re a subscriber. He said thanks to all of those bands.

Howard said they’ve never had Robert De Niro on the show before. He said he’s out promoting his new movie ”The Irishman” there. Howard had the fake Robert on the microphone and he was talking about being stuck in traffic and wanting to get this shit over with.

Howard spent a short time talking to fake De Niro. De Niro was plugging the movie and just wanted out of there. He said he’s sure this is the best f**king interview he’s ever done. De Niro got a call and told his driver he told him to circle the f**king block until he’s done. De Niro said he’s getting a vibe from him that he’s being a wise guy. He said he has a baseball bat at home with his name on it. Howard Stern dropped an Eddie Vedder and Scott Weiland bombshell a few months ago.